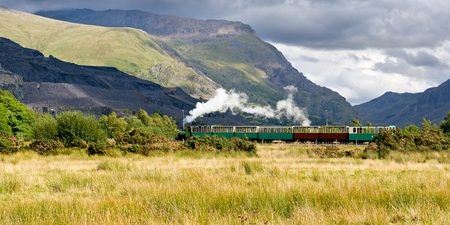 Given the heightened spotlight honeybees are currently in right now in many countries, the general public is learning that the right course of action when they spot a seemingly dangerous swarm of bees is to call a local beekeeper and not the exterminator. Many bee species are already on the decline, even with the help of a concerned public. However, even with this amplified attention, mistakes can still be made, and some may have severe consequences. Take the case of pest controllers out of Anglesey County, Wales, who were called to the site of a large insect swarm inside of a concerned resident’s compost bin.

Believing these insects to be a large quantity of aggressive wasps, the workers, who work for the Isle of Anglesey County Council, sprayed the massive swarm, killing the whole colony. However, these over 15,000 insects were actually very rare Welsh black honey bees, a native bee species that was believed to have been largely wiped out over a century ago due to a virus. The species is currently estimated to exist within fewer than one percent of hives, making this destroyed colony possibly one of the last surviving Welsh bee hives in the world. The pest controllers are, as expected, being heavily criticized by the council and local beekeepers alike.

The pest controllers are now under investigation by the council as to why the proper protocol wasn’t followed. Local beekeepers, such as Katie Hayward, have deemed the extermination “a disaster.” Hayward, who lives close to Llanfechell, where the spraying took place, and runs Felin Honeybees, said, “It was a whole colony wiped out in five minutes. I was heartbroken when I saw it. It was absolutely devastating.” Welsh black honeybees, as the name suggests, are native to Wales and have noted differences from the Western honeybees most Americans are used to.

According to Hayward, there are efforts underway to grow Welsh bee population levels, making it very sad and frustrating for her to see them be killed unnecessarily. “On more than one occasion, I have spoken to pest control staff at the council and told them I’d be more than willing to help them. I know they’re very busy and short staffed, but I can’t emphasize enough how much of a disaster it is to see them killed like this.”

Welsh black bees are almost entirely black, have longer, thicker hair, and are larger than bright gold Western bees, allowing them to remain warmer in the typically cool, changeable British weather. As stated previously of the estimated 250,000 colonies in the United Kingdom, less than a percent of the hives are believed to contain Welsh black bees.

A council spokesperson stated regarding the spraying, “Normally, if an operator arrives on site and discovers that honeybees are present, they will advise the homeowner to contact a beekeeper to assist. It appears that our usual procedure was not followed in this instance, and we will therefore be investigating the matter further.”