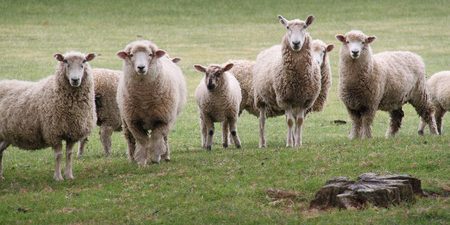 It would be disingenuous and wrong to label Roger Beattie of Banks Peninsula, New Zealand as just your average farmer. Then again, however, how does one describe someone who is a wild sheep breeder, a kelp entrepreneur, a blue pearl entrepreneur, and a would-be weka farmer? Beattie himself says he is an “environpreneur,” which in simple terms is an entrepreneur who seeks to turn an environmental problem into a profitable venture. And the biggest of all Beattie’s plans involves hats—beanies to be specific.

In 2017, Beattie plans to launch a new brand of hats, Wyld, crafted from the wool of the sheep he breeds. The brand is targeted to main tourist towns, and the flagship product will be the Weka Woo hat, a beanie with a feather belonging to the endangered weka bird pinned on it. For that reason, Beattie is well-prepared for the inevitable negative response from the Department of Conservation. “It will be a battle we will have openly with the DOC. If they don’t argue, great—we’ll just get on with it. If they do argue, even better. They’ll do our advertising for us,” he said. Beattie was brought to national attention in 2010 after appearing on the TV show Close Up to debate with the then DOC director general, Al Morrison, and shortly thereafter became known as that “weka guy.”

Roger’s birds are buff weka, a subspecies once eaten by Maori and early settlers that disappeared from the South Island of New Zealand in the 1930s. In 1994, Beattie built a predator proof enclosure and began bringing buff weka back from the Chathams, where the birds continue to thrive. Initially, he had DOC consent, but his proposal to breed the birds commercially for meat was met with disapproval. “I’m from a farming background, and sheep and cows aren’t endangered in New Zealand. Why? Because people are making money out of them. Passion will take people only so far in saving a species. When that passion dies, you need something else, and the commercial imperative will keep it going,” Beattie said.

The Weka Woo hats, with the weka feather, will surely reboot the debate between him and the DOC. “Twenty years ago, if you had said we need to be farming some of our endangered bird species to save them, most people would have disagreed. There’s been a seismic change and that show was a catalyst,” Beattie said. He has continuously lobbied for the need to take a different line on environmental issues so as not to be viewed as greedy or against the environment.

In the meantime, Beattie will continue to farm sheep, blue pearls, and bladder kelp. He also collects Manuka for propagating purposes and plans to get into Manuka honey. A small fortune has been spent over the decades trying to clear the countryside near his land of Manuka, but now Beattie plans to enter the industry. “We need to take a fundamentally different approach and embrace it. We’re going to plant 20 hectares this year in Manuka and a joint venture with a beekeeper.”