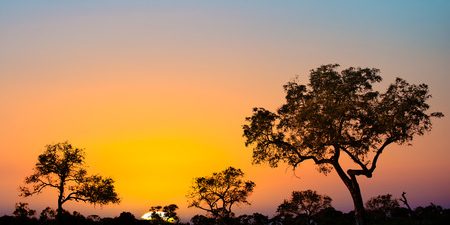 Despite the sheer size of Africa, consisting of 54 countries total, there are fairly constant trades and industries throughout the entire continent. One of the most successful of those sectors happens to be beekeeping and bee farming, offering a huge environmental and economic capacity for developing feasible employment and businesses—all while defending bees and their livelihood. Whether used for honey production or crop pollination, honeybees have a natural, crucial role in global food production. Without them, maybe 35 percent of the food we eat would immediately become unavailable.

In Africa, Tanzania, Ethiopia, and Kenya are the continent’s biggest honey producers, and they have widely accessible markets with high honey demand in South Africa and Nigeria. Beeswax is also in high demand, used widely for cosmetics, skincare, and the manufacturing of shoes, furniture, and candle manufacturing. Additionally, other popular products include propolis, used in both medicines and cosmetics, and honeybee venom, which has been used in Africa for treating rheumatism and similar diseases and for desensitizing people with bee allergies.

To provide an idea of what bee farming looks like, Portia Morudi, who is your typical bee farmer and an entrepreneur from Pretoria, gets her Winterveld community involved with her business by placing hives for free on crop farms for pollination, creating a mutually beneficial arrangement that produces healthy bees, crops, and fruitful amounts of honey. Once it is extracted, Morudi’s “Iliju Honey” is eventually bottled and then sold through the market she started, The Village Market SA, which also sells products from other farmers within the Winterveld community.

For Kenya, bee farming is very lucrative because farmers can generate a lot of income, without requiring large lands or capital to enter the industry. This fact attracts roughly 70 percent of youths and 50 percent of women in the country to this sector. However, while the domestic market had been thriving because of high demand, the EU banned Kenya in 2008 from exporting honey there due to Kenya’s excessive use of neonicotinoid pesticides. From there, Kenya changed its industry by encouraging beekeepers to use environmentally-friendly pesticides that wouldn’t harm bees as they foraged.

As Africa’s foremost honey producer, Ethiopia largely uses traditional honey production, which has unfortunately kept it from reaching its full potential as some experts have suggested. Numerous projects, such as the International Center of Insect Physiology and Ecology (ICIPE), have and are currently helping farmers via modern beehives and technical training to increase productivity. This modernization has also created opportunities for women, as traditional honey harvesting typically includes climbing trees to reach hives.