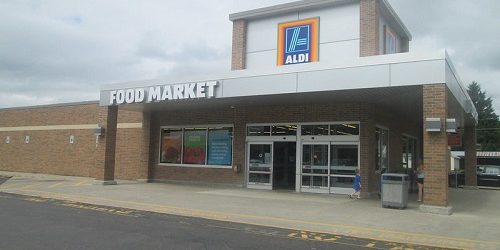 One of the best ways to fix the use of dangerous pesticides is for food retailers to simply refuse products that are farmed using chlorpyrifos, neonicotinoids, glyphosate and other toxic pesticides we know are harmful to honey bees and other pollinators. While several large food retailers have already banned these pesticides, Aldi had not done so until recently.

Better late to the party than to never join at all. In 2017, several major food and plant retailers decided that suppliers that used dangerous chemicals would no longer be used. Among those outlets were Kroger, Costco, Walmart, and True Value. With Aldi now joining this group, we have some significant food and plant retailers protecting our pollinator population.

The decision by Aldi was celebrated by various organizations working to protect our pollinators, including Friends of the Earth. Kendra Klein, who is a senior staff scientist for the organization, stated, “This is a step in the right direction to protect people and pollinators from toxic pesticides in Aldi U.S.’ supply chain.” Klein also took the opportunity of other major retailers to fall in line, stating, “Food retailers must make clear, time-bound commitments to phase out chlorpyrifos, neonicotinoids, glyphosate and other toxic pesticides throughout their entire food supply chains and further expand their organic offerings with a focus on supporting domestic growers.”

As with anything, a culture change is needed, a movement that is being led by these major retailers. However, even though these major chains are now on board, we still have a long way to go before farmers truly have to worry about losing business if they choose to continue to use these dangerous pesticides. Ultimately, they need to understand using pest control products that are not harmful to pollinators is only going to benefit them. Without honey bees and other pollinators, their crop yields will go down dramatically and some crops will no longer be available at all.

As we have stated numerous times, honey bee populations around the world are declining rapidly. Even if pesticides only account for 20 to 30 percent of this loss, that is more than enough to offset the increasing die-off rate beekeepers have been experiencing in recent years. We have to do something to reverse this trend and no group of business owners in this niche may be able to have a bigger impact on this problem than our food retailers.

Blueberry, Cherry, and Apple Crops Could be in Danger
August 7, 2020