Bad Weather Will Slow Honey Down 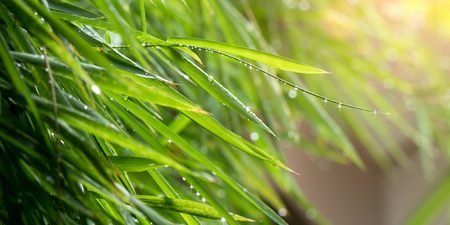 Heavy rains in South Australia are delaying plants from blossoming and leaving beekeepers without honey. The rainfall seems to be slowing down production, especially in Adelaide Hills. It is ironic considering lack of rain and dry seasons are usually the greatest concern with most farms, as a proper balance of rainfall and dryness being an essential part of growing flowers. It’s a common fact that rainfall accelerates plant growth and crops, but for honey farms, it decreases the productivity of honeybees.

The stormy weather in South Australia washes away the pollen and nectar from flowers, leaving bees to feed on the honey stores in their hive. Bees are able to sense oncoming rainstorms by the pressure of the atmosphere and avoid leaving their hives during rainfall. Short, light rain storms are preferred among bees as well as beekeepers as opposed to the heavy rainfall that has recently been frequenting South Australia.

Beekeeper Crispin Boxhall has at least 70 hives on his Petwood farm, and he says that stocks in and around Adelaide are recovering from wet weather. “We had 30 hives out on cherry trees when that weather came through. The bees didn’t have many flying days because it went on so long and was so significant.” Storms prevent bees from flying due to the stress it puts on their wings. Because of their size, a hard drop of rain could maim or kill a bee, and even a light drop of rain could knock a bee down or drown it. If their wings are wet, bees are unable to fly, so they will usually remain in their hive until the weather clears up. Climate control is also important for hives—the more heat and humidity there is within the hive, the slower the transition process becomes for nectar to turn into honey.

Too much rainfall reduces a bee’s access to nectar and pollen and eventually weakens the colony if there isn’t enough food. The weather conditions prevent beekeepers from harvesting and can slow down the honey flow season. Apiarists are already concerned about CCD, pesticides, and other threats against honeybees—unpredictable weather seems to be another issue to add to the list of concerns that affect their hives.

When asked about the wait time on production, Boxhall stated it “puts us back about six weeks. Without flowers, there is no nectar supply, and the bees have nothing to work on.” Despite the rainfall, Boxhall is hoping to haul in at least 3000 kg of honey during Australia’s summer season.