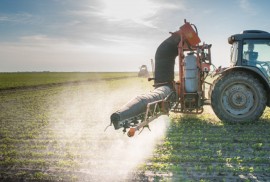 The honey bee community was just dealt another blow by the current administration. The Environmental Protection Agency (EPA) has decided to lift the ban on sulfoxaflor. This is a chemical that had been banned back in 2015 but will once again be permitted to use in pesticides. This is happening even though the EPA itself conducted a study calling sulfoxaflor “highly toxic to honeybees at all life stages.”

There is already much debate about why this is happening and none of it looks good in the eyes of environmentalists in terms of the Trump administration. The company that produces the chemical is DowDupont. This is a company that contributed $1 million to the Trump campaign. The lifted ban is also taking place after several honey bee surveys were canceled by the government. Together, these two could be the blow that all but ensures honey bee extinction during our lifetime.

Going Against Their Own Reports

As stated above, the EPA actually declared this pesticide as harmful to honey bees. So much, so, in fact, the substance was banned by the EPA in 2015. Even though the EPA knows the harmful effects of the chemical, the agency stated it was thrilled to once again allow farmers to use the pesticide on their crops. In all, more than 190 acres of crops will be able to be treated with the chemical. The approved crops are citrus, corn, pineapples, pumpkins, strawberries, and soybeans.

Needless to say, more than a few people spoke out about the chemical being used again with sheer outrage. A representative for EarthJustice stated, “Scientists have long said pesticides like sulfoxaflor are the cause of the unprecedented colony collapse. Letting sulfoxaflor back on the market is dangerous for our food system, economy, and environment.” The Director of the Center for Biological Diversity stated, “The Trump EPA’s reckless approval of this bee-killing pesticide across 200 million acres of crops like strawberries and watermelon without any public process is a terrible blow to imperiled pollinators.”

Honey bee advocates only recently felt as though they were making some headway on this front and it was needed badly. With record-setting losses this past winter and a continued decline in honey bee populations around the world, another obstacle in the form of a deadly pesticide is not going to help the cause. When this is added the loss of the survey information, it is a truly crushing blow to the future of the honey bee.