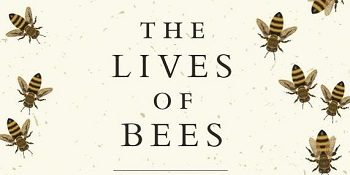 Thomas Seeley is arguably one of the most respected voices in the world on the behavior of bees. His new book, “The Lives of Bees: The Untold Story of the Honey Bee in the Wild,” is already drawing wide acclaim. The good news for bee lovers is you do not have to have a master’s degree to read and understand Seeley’s book, as it is written in a tone that will benefit expect and beginner alike.

This book is actually Seeley’s fifth work on the subject and concentrates on the fact wild honey bees seem to be thriving while managed bee colonies are struggling and dying off at an alarming rate. Seeley became fascinated by wild bees back in the 1970s during his graduate work. With, at the time, there being almost no data available on wild bees, it quickly became his passion.

Seeley stated, “This is the most important insect in the world to humans, but as a whole, we lack the foundation of what its basic biology is. This is a step-by-step look back over 40 years at how bees live in the wild, comparing it to how they live under management.”

To combat the colony collapse disorder related to the mites, Seeley recommends beekeepers use a “Darwinian Beekeeping Method.” While this will not work for commercial beekeepers, he stated it could be effective for more than 90 percent of beekeepers working on much smaller scales. However, his method also calls for the elimination of toxic miticides.

The idea is to go through the hardship of honey bees dying off to allow the strongest bees to continue on. He stated, “Step one is for communities to say we’re going to stop treating, and we’re going to experience colony mortality and then we’re going to breed form survivors.” For beekeepers that have used this method, it can take anywhere from two to three years to recover, something some beekeepers may not be willing to go through.

Seeley’s book is currently available on Amazon as well as most major bookstores.