Bee-Friendly Colleges You Should Consider 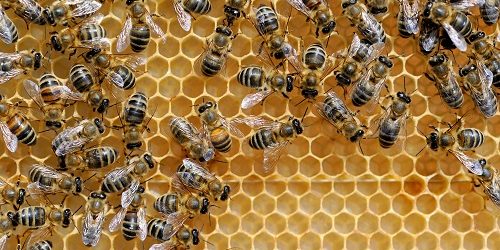 While many colleges try attracting prospective applicants through twisting ivy and picture-perfect, manicured lawns, others are starting to adapt their campus’s landscaping practices in order to attract butterflies, honey bees, and other pollinators. Bee Campus USA, which is a branch of Bee City USA, began back in 2015 in order to encourage the shift we’re seeing on college campuses. According to Phyllis Stiles, who founded and currently directs the Bee Campus and Bee City USA programs, “What we’re looking for is a total paradigm change in the way schools think about ornamental landscaping.”

Colleges can be certified as Bee Campuses, and if accepted, they agree to adhere to seven commitments, such as having awareness events, designing habitat plans, and reporting on pollination accomplishments annually. “We never know which campus is going to contact us, and we are always amazed,” says Stiles. Despite the program being only several years old, 46 campuses across 26 states are now certified as Bee Campuses, with some of them including the following.

Taking the title of first Bee Campus in the U.S., Southern Oregon University has set the standard for potential applicants. The campus’s environmental science department has continually taken advantage of its spot in the Siskiyou Mountains, which is among the more biodiverse areas on the planet. “The professors that teach the environmental science classes are super engaged in the campus and building community at SOU around environmental sustainability,” Michael Oxendine, a landscape superintendent, said. “Students are really tied to the landscapes and habitats, and they are always coming back and checking on their projects.”

Auburn University in Alabama was also among the first universities to get on the Bee City bandwagon. The university invites over 700 guests every year to a symposium on beekeeping, and the campus GIS lab maps out gardens to establish plants that most attract pollinators and where to put them. Geoffrey Williams, an assistant professor with the agricultural studies department, says, “There’s a diverse group of individuals on campus that are interested in this, so we can come at it from all different angles. We’re in a unique position to be leaders in Alabama.”

When it comes to the University of Arkansas in Fayetteville, many students come for the opportunities for outdoor recreation in the Ozark Mountains. Eric Boles, who is the head of the campus’s sustainability office, believes students who love climbing, rafting, and mountain biking are also likely to acquire a strong appreciation for local ecosystems. This outdoors-oriented culture has influenced the school’s native plants list, green roof projects, and efforts toward reducing herbicide and pesticide use. U of A is also turning its social trails and wooded areas into a sustainable, ecologically-sound plant system with native, bee-friendly plant life. Per Boles, “We’re an urban campus that has a lot of open green spaces. It’s an opportunity to take some of those green spaces and create a bee sanctuary in a larger city, and lead by example.”