Bee Survival During Winter is Crucial 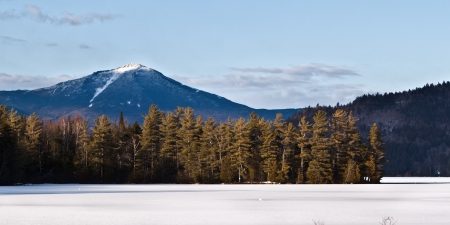 Honeybees have a way of adapting to get through the winter—in fact, they can change their colony and their own physiology to withstand the colder weather. The honeybees that can make it through winter are more likely to get a head start on spring. During early spring, they’re able to meet pollination needs before smaller, slower emerging colonies.

To adapt, honeybees slow down their activity, change hormone levels, increase nutrient stores, and avoid brood rearing. Honeybees can live anywhere between 30 days and eight months, and these tactics all contribute to increasing their lifespan. During autumn, they begin to forage less as pollen and nectar start to decrease. Also, around this time, if nectar becomes scarce, worker bees drag out the male drones from the hive without letting them back in, which allows the worker bees clear the hive and ration food storage.

When the temperature begins to drop, the honeybees begin to form a cluster around the queen bee. Also within the cluster are eggs, larvae, and pupae; together, the bees can generate heat during the cold winter. As the temperature drops, the cluster contracts, and as temperature rises, the cluster expands. Also, colony size and food make a difference for winter survival. Larger colonies often have more food in store and are more likely to make it through the winter than smaller colonies.

The bees within the cluster can get to food storage and often rotate for survival. Occasionally, some bees can be exposed to a longer cold spell and are unable to rotate within the cluster, causing them to starve off during winter. Also, when pollen and nectar depletes in the fall, brood rearing begins to slow down until early spring. The queen, who stays within the cluster, is fed honey and pollen while she begins to lay eggs in late December or early January. Brood rearing helps to replace the older bees that die over the winter.

The increased survival rate of honeybees over winter can help benefit our food supply since at least one third of our crops depend on these pollinators. The more honeybees disappear, the fewer crops we’re likely to get in the spring. If honeybees cannot pollinate crops, food production slows down while fewer crops grow. There’s a direct connection to strong colonies and food production, so it is crucial that the survival rate of bees increase over winter, so that we’re able to harvest during spring.