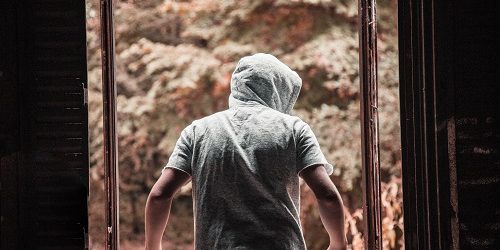 Can you imagine making it past the last couple of years with your hives still thriving only to have them all stolen? That is exactly what some California beekeepers are faced with today. On Friday, an Oregon beekeeper that was storing his hives in Northern California discovered that almost a third of his roughly 300 hives had been lifted. In all, Mike Potts says he is now missing 92 of his hives.

Potts, like most beekeepers in this country and around the world, has suffered through a tough couple of years. Between the Varroa mite, pesticides, and Mother Nature, beekeepers are often reporting at least 40 percent loss during the winter months. To that point, Potts stated, “It’s hard enough keeping the bees alive without someone stealing them. It’s frustrating.” When Potts arrived at the orchard where his bees were working, he stated, “The hives were kind of moved around, the pallets were all, basically they were set down and they just pulled all the hives off the pallets.”

This was no little loss for Potts, especially with the growing demand for honey bees in the almond industry. Potts estimated the theft will cost him more than $40,000 in replacement costs, equipment costs, and loss of income. This is a growing problem in the industry, with reported thefts up five times what they were just a few short years ago.

The sad reality of this crime, though, is that the likely culprit was a fellow beekeeper. It is impossible to mark bees and a theft of this magnitude would require beekeeping experience. You simply cannot walk away with 92 hives without knowing how to handle bees. Rowdy Freeman, a bee theft detective, stated, “It’s a hard crime to detect because they look like they’re a beekeeper that owns hives.”

We saw this kind of thing happen about two years ago, but thefts kind of leveled off after they started to make national headlines. Beekeepers were being a bit more vigilant in what has always been a rather trustworthy industry. The high prices of honey, especially Manuka honey from New Zealand, have changed all that. This recent slew of thefts, though, makes it quite apparent beekeepers are once again going to have to be more vigilant and more protective of their hives so theft is not added to the list of challenges this profession is already facing.

Source: New York Daily News, Photo by W A T A R I on Unsplash