Bee Venom is the New Hot Product in India 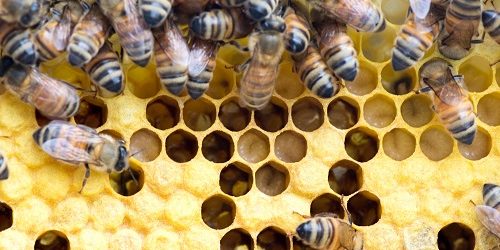 Honey farmers in India were focusing primarily on the honey from their hives, but now they realize they were passing up on a massive bounty… bee venom. At Rs 15,000/gram, it is now one of the most sought after resources in the pharmaceutical and cosmetic industries. It is used in everything from anti-aging creams to varying treatments for arthritis.

Indian beekeepers are a bit behind the times in terms of being able to extract bee venom, so experts are now helping to develop technology that will enable the local beekeepers to extract their bounty from their hives. At this point, very few beekeepers are able to take advantage of the call for bee venom and other byproducts of honey bees.

Guruprasad Rao of HoneyDay Bee Farms believes the bee venom in India is far superior to the domestic bee venom produced in the United States and other western countries. He stated, “The venom has both anti-inflammatory, anti-viral properties and is used in several drugs, especially to treat arthritis and rheumatoid arthritis. The venom is so expensive that one gram would cost between Rs 5,000 and 15,000. More than 50% of the venom is composed of a protein called melittin. If the farmers are able to separate it from the venom and sell it, it has even [more] value.” As such, he is working with local beekeepers to learn the techniques to extract the venom from their hives.

He briefly explained the technique they use, stating, “Generally, bees die after the bite as their stinger is stuck inside the enemy body. But we make them bite against a glass surface covered with thin fabric so that the stinger does not get stuck. When the venom drops onto the surface, it dries up in less than a few minutes. Later, we scrape it to collect the venom.”

The process is a bit longer and only produces a minimal amount, which is why so little bee venom is currently harvested in India. Dr. Hemalatha, the Assistant Director of Horticulture (Apiculture), stated, “Each bee contains only a few milliliters of venom. We need at least 18 to 20 colonies of bees to extract one gram of venom. Each colony comprises hundreds of bees including a single queen, hundreds of male bees and 20,000 to 40,000 worker bees. A few farms have successfully extracted the venom and are selling it to pharma companies already.”

To purchase our bee venom cream, please click here. And, remember, we offer FREE shipping on all orders of $150 or more.