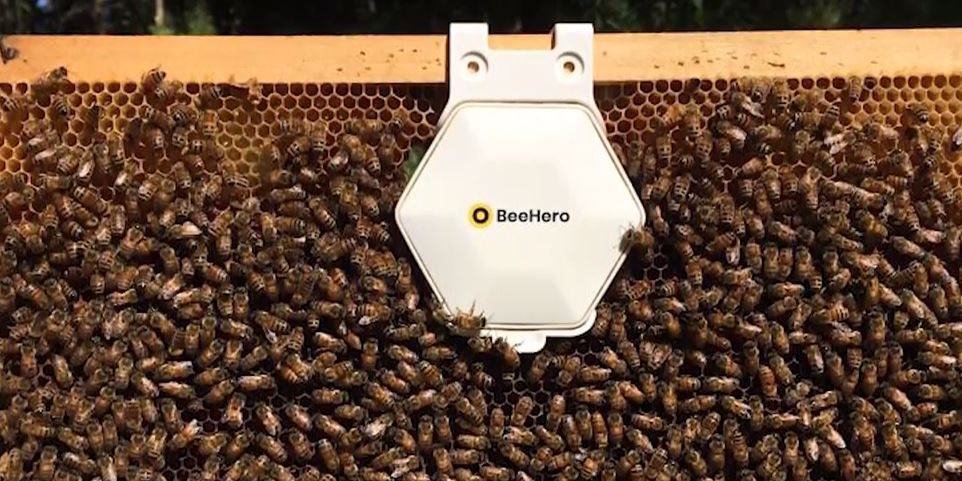 One of the biggest challenges for beekeepers is understanding exactly what is going on in their hives. They have no way of actually monitoring the hive unless they are tending to it, and even then, only the most skilled beekeepers can see some warning signs early enough to be able to do anything about certain problems. That could all be changing very soon, however, due to a new upstart called BeeHero.

Several years ago, when we talked about colony collapse disorder, we were mostly discussing the Varroa mite and pesticides. Today, however, there are dozens of possible culprits. And now, there is the new threat of the Asian giant hornet, also referred to as the “murder hornet.” With all of these threats to the well-being of our honey bees, we need a better way to monitor their health. If we can do that, everyone benefits. Crops will have larger yields, more honey will be produced, and beekeepers can save money on replenishing their hives.

Larger operations will often have their hives spread out over a fairly distant area. This means they can only attend to hives only so often. Point being, a hive could encounter a problem soon after the last visit that may not be realized by the beekeeper until two or three weeks later when he or she returns to tend to those hives again. BeeHero hopes to remove some of those losses using modern technology and algorithms to better inform the beekeeper.

Data from the hive is transferred into the cloud, then the “machine-learning algorithm” takes over. All of that data is then sent to an online dashboard for the beekeeper to review. The beekeeper would get an alert if the hive was in distress, allowing him or her to immediately tend to the hive, possibly saving it from being a total loss.

Early reports show the product to be quite successful. In addition to protecting hives, the crop yields served by the bees using BeeHero are reportedly increasing by about 30 percent (the company claims it is already monitoring about 20,000 hives). The company recently raised $4 million in the seed round with some major investors stepping up to back this company.

If you are a beekeeper and would like to learn more about BeeHero, click here. You can also watch this video from Inside the Hive TV (click here).