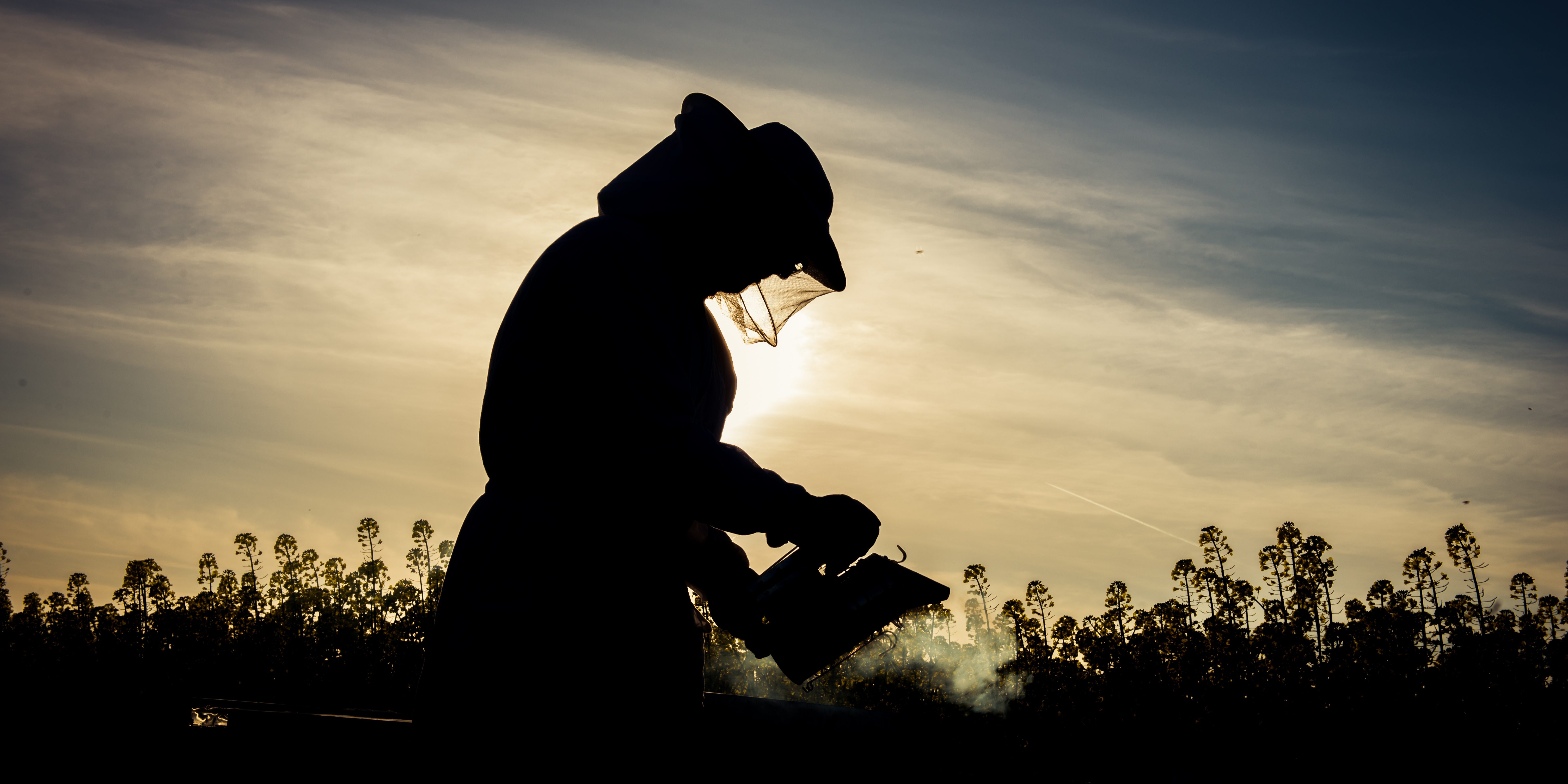 It’s a lucky faction of folks who get to do what they are passionate about for a living and get to turn a mere hobby into a vocation. Pickering Brook, a town in Western Australia, is home to one such man:  veteran beekeeper Neil Tuffin. As a caretaker of beehives, Neil works for Core Cider House, a 37-acre orchard owned by his brother-in-law John Della Francis that boasts numerous fruits—persimmons, quinces, plums, pomegranates, oranges, lemons, four varieties of pears, and seven varieties of apples; as well, Core Cider House is becoming known for its honey. With 7,000 apple trees alone, the orchard requires a healthy population of honeybees, and it’s something Neil is very focused on.

As important parts of the fruit life cycle, the honeybees’ pollination is crucial for the orchard’s production. As Neil said, “It’s not all about collecting the honey; it’s important to service the hives, and many times it’s just to keep them healthy.” Neil uses box hives stacked atop each other, enabling the bees to keep disease out. “We are lucky in Australia that the varroa mite has not entered the country, even though they have destroyed the honey in many other locations around the world.”

By servicing the hives, Neil means he maintains the hives’ integrity, adds fresh wax for the queen to lay eggs, and considers their needs first. “Bees don’t like dirty trays, body odor on beekeepers, dirty clothes, perfume, aftershave or anything smelly that is not clean and fresh. Also they like white uniforms and not black if you are a beekeeper.” Most of the hives are three to four high, but because there is no pollen at the moment, they have been reduced to two hives high for autumn. “It’s not unusual to have 50,000 bees in a hive,” he said.

This love of beekeeping and honeybees Neil developed in his lifetime is one he claims came from their industrious nature and clean approach to life. “They are just so neat and tidy, always cleaning and even leaving the hive to die so other bees do not have to clean up after them,” Neil said. He also finds fascination in the bees’ ability to communicate as intricately as they do, which is to signal where the best nectar is and “literally give coordinates to other bees in the hive and send them off to collect pollen.” The honeybees do so by performing a dance of sorts called “waggling,” where the speed, direction, and length of the dance indicate where other bees should go.

As a by-product of Neil’s passion and hard work, Core Cider House’s restaurant uses the orchard’s honey in its recipes, and its raw, unprocessed honey can also be bought for sale. From Granny Smith, Pink Lady, Sundowner, Royal Galas, Hi Early, and Galaxy apples, these honeys offer much variety and flavor, all due to Neil’s lifelong goal as a beekeeper to promote and care for honeybees.