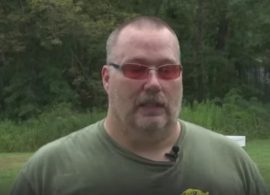 Post-Traumatic Stress Syndrome is very much a problem in today’s military. Our soldiers are seeing and doing things that are wreaking havoc on their minds and souls. Proof of this is the elevated suicide rate among veterans. While the situation is getting better, it is far from fixed. The current presidential administration has made it a focus and more and more private groups, most of them made up of former soldiers, are doing everything they can to offer a hand, an ear, or just about anything else these veterans need to find their way back.

Helping with Focus and Clarity

For some soldiers, getting assimilated into “normal” life is not so easy, especially when you have spent months on end in the face of enemy fire. It is only natural that your mind begins to replay these moments of some of the horrific events experienced. For this reason, in some cases, merely finding a hobby or a way to occupy the mind helps alleviates some of the problems with PTSD our veterans are having.

These hobbies take their mind off their past experiences and allow them to gain a new focus. Beekeeping, thankfully, has become one such outlet for our veterans. For 40-year veteran Vince Ylitalo, the couple of hours he spends tending to the bees at the Manchester VA in New Hampshire gives him an escape from the anxiety and depression he deals with every day. Ylitalo left the Army in 2017 after four decades of service. During his extensive career, he saw multiple deployments, including two tours in Iraq.

Wendi Zimmerman is another veteran who is partaking in a relatively new program. She stated, “It gives you a chance to shut down and not think about the outside world. It shows me there is a way to shut my brain down to get other things accomplished. Before, my mind would be filled with thoughts constantly and I wasn’t accomplishing daily tasks.”

The story in New Hampshire is being repeated around the country through a variety of programs. For instance, Ford offered up space to Heroes to Hives in Michigan for their program. The program is run by Adam Ingrao, another veteran who also happens to be a fourth-generation soldier. He stated, “Beekeeping affords us the opportunity to really kind of engage in a different way with the natural world. You’re not thinking about what happened in Afghanistan or Iraq. You’re thinking about what’s happening right here, right now.”

Experts are still studying the effects of beekeeping as a form of therapy, but the success of these programs really makes their findings irrelevant. If these veterans find it therapeutic and it helps them get through the day without hurting themselves or others, then it is successful!