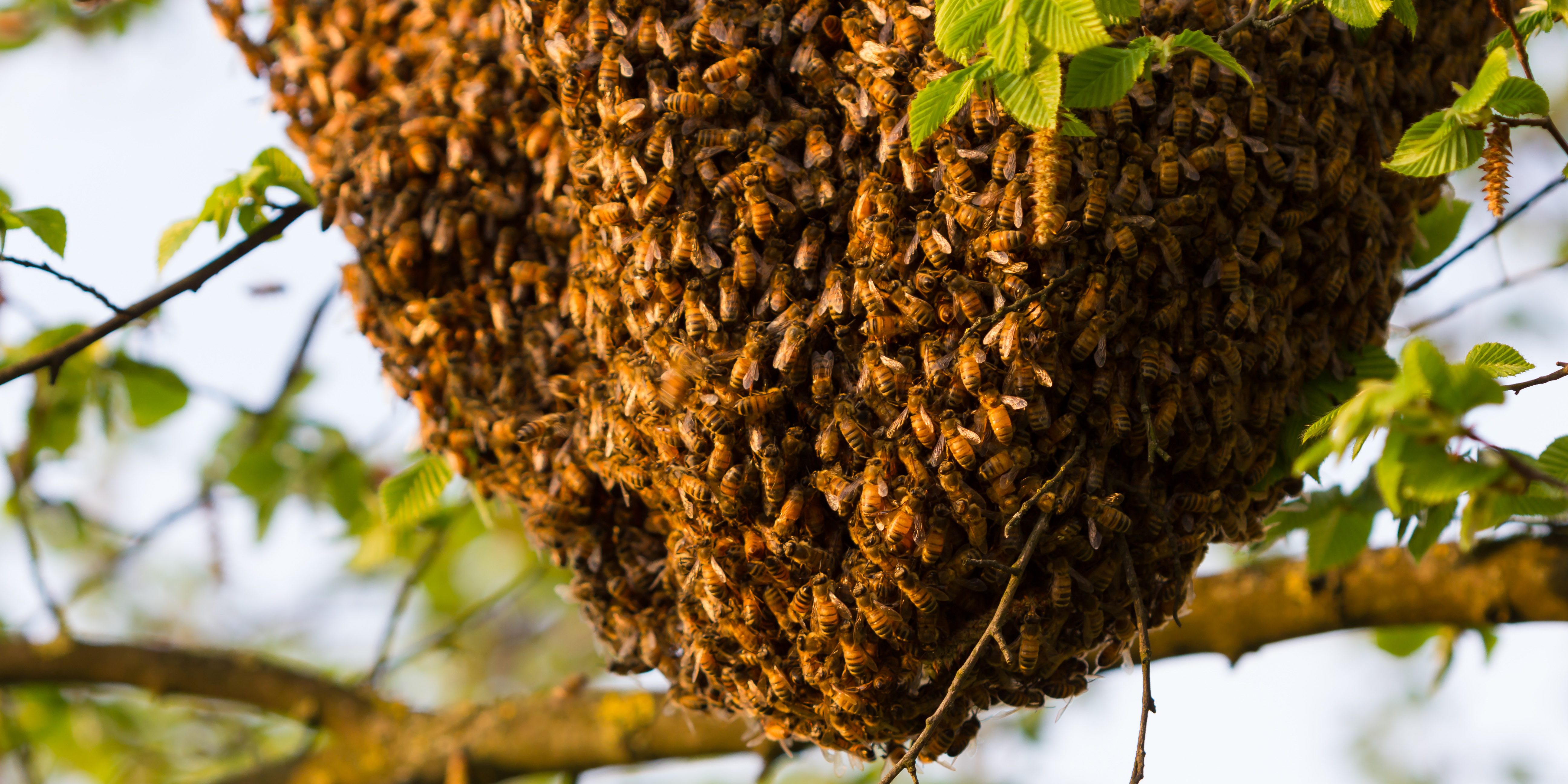 As the world heard on June 4th, world champion heavyweight boxer Muhammad Ali, one of the most celebrated fighters of all time, passed away at age 74 with four of his daughters gathered at his bedside in Scottsdale, AZ where the boxing legend was being treated for breathing difficulties. As confirmed by longtime spokesperson Bob Gunnell, Ali, who suffered from Parkinson’s since 1984 (not uncommon amongst retired boxers), was said to have died from “septic shock” due to natural causes. “It was a very peaceful passing,” Gunnell said, “and they are with him as we speak…You know, we lost a great person in this world tonight.”

In response to the loss of Ali, those who knew and loved him are mourning and paying their respects however they can—and strangely enough, that even included about 15,000 honeybees. To be more specific, Louisville, KY is home to the Muhammad Ali Centre, a museum not far from Ali’s childhood home, and it has seen many visitors paying respect at its “Float Like a Butterfly, Sting Like a Bee” mural—painted in honor of Ali’s most famous quote right before his 1974 fight with George Foreman: “Float like a butterfly, sting like a bee, his hands can’t hit what his eyes can’t see.”

And these honeybees seem to have decided, more or less, to rest their swarm right next to the memorial. “The irony is not lost on me at all,” said beekeeper Kevin McKinney, who was called to remove the bees. With the quote often cited as a sort of shorthand description of Ali’s boxing style, the mural and the Centre itself focus on Ali’s “core values of respect, confidence, conviction, dedication, charity, and spirituality,” and the presence of bees warranted the question by one reporter: “A coincidence or a sign from Muhammad Ali?”

Though the bees were later rehomed by McKinney to raise for producing honey, the coincidence (or sign) was not forgotten. The bees themselves were likely one half of a hive that had gotten too big and had to split in two, with a newborn queen in tow with one half in order to survive. They travel by the thousands to one spot (constantly moving on said spot to protect the queen) as an operational base to discover a more suitable place for a new colony, often planting themselves at the swarm site if a better place isn’t found, which is why the swarm had to be removed. While honeybees are usually docile when swarming, like the man they inspired, they could have become aggressive enough to attack and ‘sting’—which still likely would have been a great sight to behold in honor of one the best fighters to have walked in the ring.

Ali, born Cassius Clay in 1942, is survived by his fourth wife, Lonnie, whom he married in 1986, and his nine children.