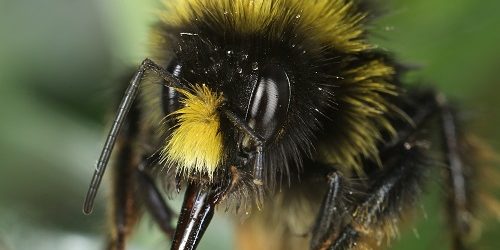 Something beekeepers have feared for some time may finally be happening. New reports have revealed that the bumblebee community may now be facing the same virus problems that are decimating the honey bee community. If this is happening, two major pollinators are now facing significant danger and possible extinction in years to come.

If it sounds like we are pushing the panic button a bit it is because we are. Simply put, without pollinators, many of our crops simply do not exist. What would it be like to not have blueberries or almonds, or any of the dozens if not hundreds of crops that would be impacted by such a disaster? This is just speculation now, but it could become a very real issue in years to come.

One of the bigger problem areas, according to Alger, is this seems to be a problem that is concentrated on flowers around existing apiaries. She stated, “We thought it was totally going to be like looking for a needle in a haystack, like what’s the likelihood of finding a bee virus on a flower in a field. And when we got around to testing them, we were like, oh my god, it’s way higher prevalence than we thought, and only flowers that we collected from sites where there was a honey bee apiary present had viruses on them.”

Vermont seems to be getting hit particularly hard by this crisis, with roughly half of the state’s bumblebee population either classified as extinct or in serious condition. This past winter was particularly rough on the state’s bee population, far worse than what we have seen reported in other states and around the world.

Alger wanted to stress they are not trying to blame the problem on local beekeepers. Instead, she is hoping the results of this study will bring an urgency to the Vermont beekeepers to gain more education on how to properly manage their hives to prevent this problem from doing further damage to the local bee population.