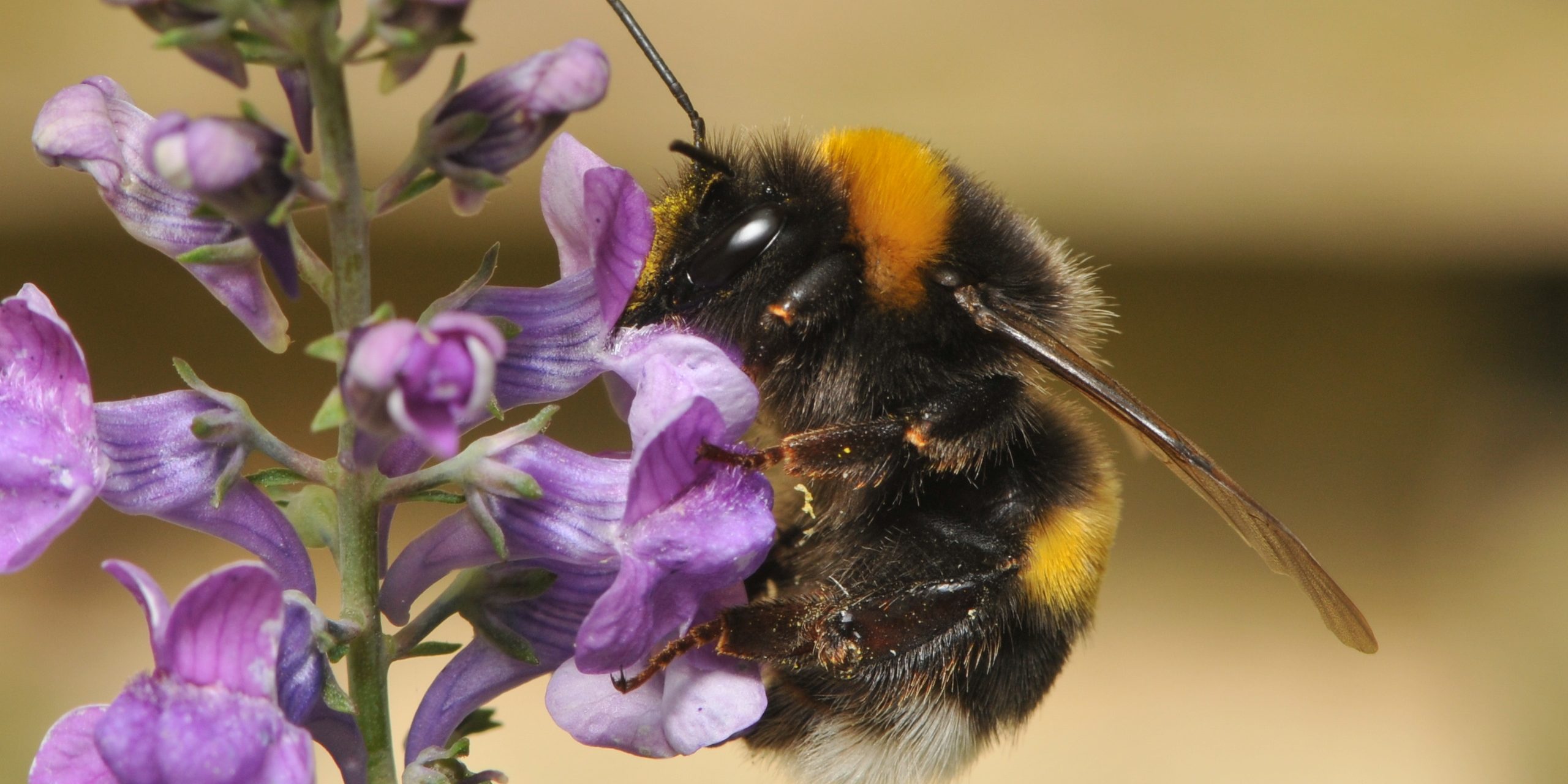 When it comes to pollination, plants typically lure pollinators like bees using sweet, sugary nectar and high protein pollen that the plants need to spread to other plants of the same breed. This source of pollination prevents us from having to pollinate plants ourselves by manually performing asexual reproduction. Usually, a plant’s male anther, where pollen is kept, makes that pollen so easily available to the point that pollinators become covered and spread it to the female stigma of other plants—but some plants like the Persian violet hide pollen away inside anthers, and because of this, certain pollinators like honeybees cannot access this pollen at all. Bumblebees, on the other hand, have a relatively unknown trick that allows them easy access to this sealed pollen, and it involves a lot of buzzing.

Flowers like the Persian violet only allow access to pollen through small pores at the end of the anthers, and they require something called buzz-pollination to vibrate the grains (similar to a tuning fork) of pollen out of the anthers’ pores—something honeybees cannot do but bumblebees do naturally in the just the right way. It’s a risky strategy, but one critical to agriculture—tomatoes, potatoes, and eggplants need buzz pollinators to produce fruit. “The flower is almost like playing hard to get,” says Anne Leonard, a University of Nevada biologist. “It’s intriguing because these buzz-pollinated plants ask for a huge energy investment from the bees, but don’t give much back.”

How buzz-pollination works is the bees bite down at the base of the anther (leaving marks called bee kisses). Bees “unhook” flying muscles from their wings in order to contract them without flying off, and they then begin vibrating violently, a behavior called sonication. The vibrations travel through the body and shake up the pollen inside anthers. Buzzing hard enough, the pollen shoots out from the anther and covers the bee—the bumblebee grooms itself, combing the pollen down and mixing it with saliva and then storing pollen in sacs on its legs.

Due to her interest in this behavior, Dr. Leonard sought a bee’s point of view—she dosed fake flowers with varying amounts of sugar water to see if bees worked harder to get pollen due to nectar. To measure effort, a mini-accelerometer was rigged to the flowers’ bases. “If the plant also offers nectar, for example, are the bees on a sugar high and buzz more vigorously?” she asked. Previous research shows that the harder bees buzz, the more pollen they get. Flowers like the Persian violet could have selected for stronger pollinators that can fly longer distances and spread the flower’s genes farther. From the bees’ perspective, they may be willing to put forth the extra work because buzz-pollination reduces their amount of competition, by the word of Dr. Leonard.

Most have never heard of buzz-pollination, but it’s the reason our favorite crops—blueberries, peppers, tomatoes—are able to grow and provide the fruit of their labor. “They pollinate lots of crops that can’t be pollinated by honeybees,” says Leonard. “People will be shocked about how little we know about the bee’s most important resource.”