Can Alcohol with Manuka Honey Help Rid You of a Sore Throat? 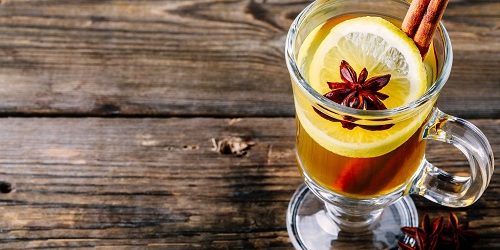 It’s not uncommon for people to choose to drink and socialize despite having come down with something. One moment has you laughing, but the next just might see you stifling a cough to avoid spraying germs all over the place. In this situation, some say drinking a hot toddy is the way to go, as it can soothe your sore throat, alleviate your cough, and pretty much put you straight to sleep.

You might be asking yourself—is this a legitimate thing, or is it just an old wives’ tale to help justify going out? First off, classic hot toddies are hot drinks made with bourbon, lemon juice, hot water, and honey. Some people mix the recipe up and make a hot toddy using a tea or tea-like base in addition to adding other spices, such as cloves or cinnamon, but bourbon with lemon juice is the standard most people shoot for.

According to Dr. Alexis Halpern, an emergency medicine physician with the New York-Presbyterian/Weill Cornell Medical Center, warm drinks like hot toddies technically would help people with stuffy noses, sore throats, or phlegm in the chest. Specific kinds of honey, such as Manuka honey, have alleged antimicrobial effects on the body’s health, which could help ease your sore throat. Additionally, lemons have vitamin C, but while that won’t actually be enough for kicking a cold, having extra flavor in a drink of water could cause you to drink from it more frequently and keep you hydrated.

However, many people order a hot toddy just to get to the alcohol content. Per Dr. Halpern, alcohol in hot toddies (or all drinks) will very likely cause you to feel sleepy, “but alcohol can delay getting better from any illness.” When you get sick, the body works hard in order to rid itself of whatever virus is causing your illness. With alcohol, it weakens the immune system while also adding another toxin for your body to clear out.

Additionally, alcohol acts as a vasodilator, which means it causes blood vessels to relax and expand, Halpern says. Whenever your nose is stuffy, it’s due to your nasal passage’s lining being inflamed and your blood vessels being dilated. Consuming alcohol can amp this vasodilation up, causing you to get even stuffier. In the end, a night with friends along a number of drinks might feel like the cure you’ve needed all day, but it could actually end up sidelining you longer than you expected, making you the walking, contagious vessel of viral sickness you were trying to avoid feeling like.