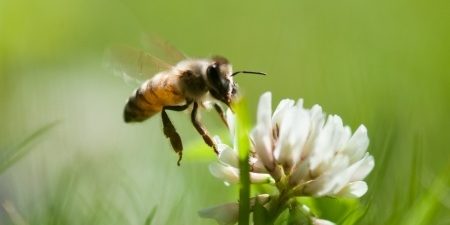 Probiotics are one of the hottest items in the health industry right now. They are featured in supplements, drinks, yogurts, and a host of other products as a way to promote better “gut health” in people. However, a new study shows humans may not be the only “beings” that can benefit from these micro-organisms. A study conducted by Western University and Lawson Health Research scientists shows that probiotics could benefit our pollinators as well.

American Foulbrood (AF) has been a problem in hives for many years, but it has taken a back seat to some of the other problems bees are facing right now, such as the Varroa mite. AF is caused by the bacteria P. larvae, and generally caused the death of the bees in the hive. Gregor Reid, Ph.D., believes bees can be treated much the same way as humans with probiotics. He stated, “Probiotics aren’t just for humans. Our idea was that if you could use beneficial microbes to stimulate the immune response or attack the pathogens that are infecting the hives, then maybe we can help save the bees.”

Just like humans, bees are susceptible to massive outbreaks that can take out an entire community. Graham Thompson, Ph.D., Associate Professor in the Faculty of Science at Western University, stated, “Bee colonies are really interesting little microcosms of biology. There are lots of individuals bees, but they are all genetically related and they are living in a close confined space. They are all very susceptible to contagious disease and they are demographically disposed to outbreaks.”

The study had rather remarkable results, with a 99 percent reduction in the pathogen load. Brendan Daisley, a Ph.D. candidate working on the study, stated, “The results from our study demonstrated that probiotic supplementation could increase the expression of a gene called Defensin-1 — a key antimicrobial peptide shown to play a pivotal role in honey bee defense against P. larvae infection.  Alongside these findings, we also observed an increase in pathogen clearance and overall survival of honey bee larvae.”

This is a rather incredible finding and one that should help eliminate a problem within the beekeeping community that is not getting as much press but can be just as deadly as the other problems bees are facing right now. Dr. Thompson added, “Long term we hope to add a viable, practical and available treatment alternative to chemicals and antibiotics that beekeepers can readily adopt [sic] into their bee-keeping habits to help prevent colony collapse.”