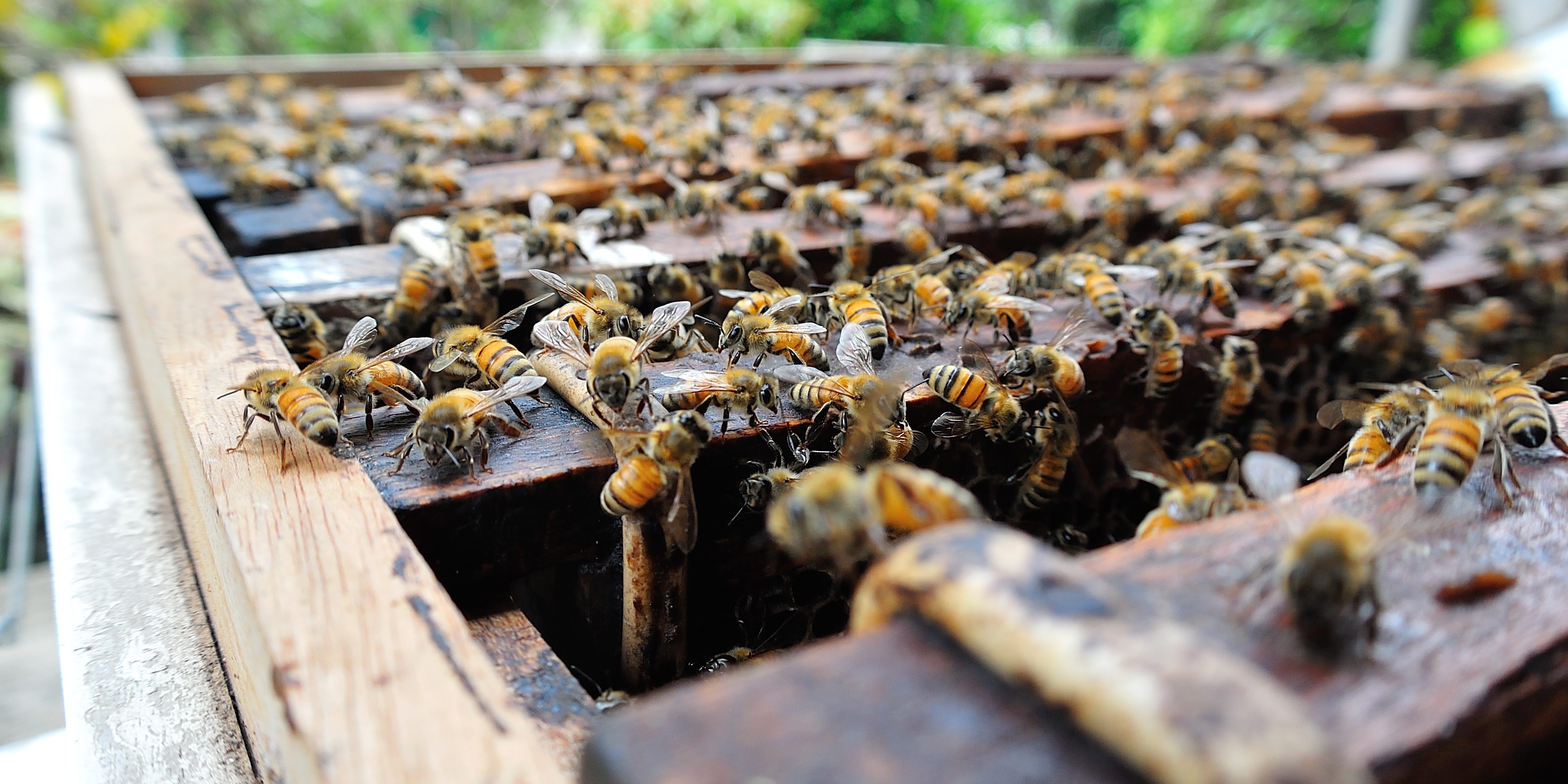 When it comes to preserving honeybee colonies, many beekeepers succeed in fighting off certain threats to bees but struggle with others, and the varroa mite, a parasite and vector for viruses that is believed to be a major cause of colony collapse disorder, has been a consistent threat to honeybees since the late 1980s. While most focus on the threat pesticides present, real progress is being made in building up bees’ resistance to varroa mites, thanks in large part to the efforts of Jeff Harris, a beekeeper and research apiculturist from Mississippi State University. With this resistance to varroa mites comes a crucial trait—the ability to destroy invading mites within a hive by cannibalizing other bees infected with mites.

After becoming a permanent scientist in Louisiana State University’s bee lab, Harris spent 15 years working as a bee breeder with other scientists in order to develop lines of honeybees that exhibit high levels of Varroa Sensitive Hygienic (VSH) behavior or resistance to the varroa mite. This is a decidedly better course of action, since relatively few insecticides work for varroa mites due to their increasing resistance to insecticide chemicals.

“The Europeans had been dealing with the varroa for 25 years before we got it in the US,” Harris said. “And they had been trying to breed for resistance without success. A varroa-resistant line of honeybees was the holy grail in our industry.” Harris’s team developed a technique using mite-infested worker bees from many different colonies, subdividing the mixture of bees and mites to form new, uniform colonies, the only difference between the colonies being minor genetic differences in the queen bees. They monitored mite populations in the colonies over 10-week to 16-week periods.

Harris said, “What’s beautiful about this is that you can find and amplify rare genes…We did that year after year. Within five years, we knew we had a significant genetic component for varroa resistance.” They found that bees with the VSH gene were able to detect bee pupae within the brood that had mite families gestating inside them, and the VSH bees would cannibalize the infected pupae. “The bee nest can tolerate losing individual bees,” Harris says, “because they’re producing thousands per day from the queen, but the mite family can’t tolerate the interruption. The bees eat the mite offspring as they cannibalize an infested pupa…If every time [the female mite] tries to reproduce the VSH bees interrupt the cycle, the mite population declines.”

“This is definitely a first step, and where I think where we need to be going for controlling the varroa mite. But all the activist and media focus on pesticides and bees has sort of taken attention away from these unique bees.” As well, Harris and his associates find themselves hampered in selling the idea of varroa-resistant honeybees, since most commercial beekeepers want the reliability that miticides are believed to offer more of. “They still feel they can rely on chemicals. Until they can get that wonderful bee with all the characteristics they want, they won’t buy into the VSH concept…On the other hand, the hobbyists…have a different philosophy: they have less to lose, and it’s easier to encourage them to try the [VSH] honeybees.”