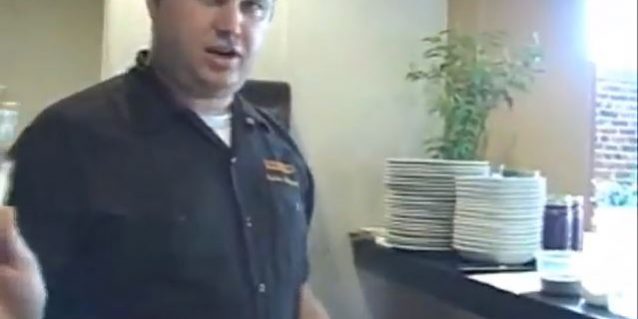 Unsurprisingly, honeybees are named for the delicious syrup they make it droves—honey—but they are important for so much more, thanks to the pollination they partake in every time they visit plants and flowers for the purpose of creating their honey stores. That makes the tiny insects pretty crucial for the culinary world, as they are responsible for many of the vegetables and fruits that make up our dinner tables.

It’s even said we would be without roughly three quarters of the foods we eat without honeybees and other pollinators. Despite this, honeybee populations have been declining for the last decade or so, causing many on the ground, whether they be ordinary citizens or celebrities, to pitch in where they can to help.

In the spirit of that help, Stephen Stryjewski, who is a bit of a celebrity chef in the New Orleans area, has plans to team up with the Honeybee Grant program through the Whole Kids Foundation. Together, they will host a fundraising dinner, with Stryjewski stating, “The whole point of the dinner is to raise funds to purchase hives for school programs that have gardens and teach about pollination and how important pollinators are to growing vegetables and our whole food system.”

As stated previously, honeybee populations have been declining in not just the United States but all throughout the world for a good number of years, which many believe to have been caused by pesticide overuse, pollution, malnutrition, habit loss, parasites, diseases, and various other environmental factors. Through this fundraiser and other means, Stryjewski is hoping to educate and inform the public on the important role bees play and how essential they are in his kitchens as well as our own.

While many are doing their part to enlighten others about honeybees, their value, and their current decline, many people still view bees as pests or even as menaces, but it’s in our best interests, especially diet-wise, to ensure the bees’ survival for our own. “On an average day, our average fruit and vegetable base is probably 90 percent pollinator affected,” Stryjewski said. “Anything that procreates with flowers relies on a pollinator to procreate.” With numbers like these, it’s good to know efforts are being made to help honeybees prolong their odds of survival.

The fundraising dinner Stryjewski and the Whole Kids Foundation organized together, which has been given the name “Give Bees a Chance,” will be held in downtown New Orleans at the restaurant Cochon, and it will include a four-course meal as well as a cocktail reception preceding.