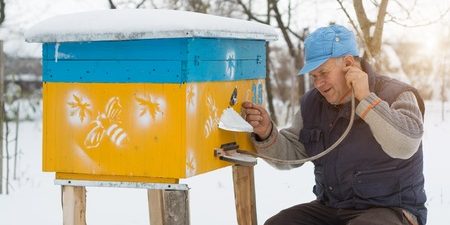 Efforts to conserve honeybee populations are popping up all over the United States from the Northeast to the Southwest. Whether it’s a community planning initiative to be more bee-friendly or a few people using fewer harmful pesticides for their gardens, stories seem to be never-ending regarding the level of awareness people are acquiring for the plight of honeybees and other pollinating species. This week, one of those efforts has risen up from Boulder County, Colorado, and this time it is from someone who understands the plight of bees better than most—a local, veteran beekeeper.

Beekeeper Tim Brod expressed the difficulty that has begun coming naturally with the bee trade, being one of the many who suffer large bee losses every winter. Most lose more than 50 percent of their hives while Brod himself claims to average a one quarter loss during winter. “Just to give you a little perspective—if you’re losing 30 to 40 percent of your livestock, if this were cattle, chicken, or pigs year after year, the National Guard would be here going ‘This is a huge crisis,’” Brod said.

Much to be Concerned About

According to Brod, each of his 150 hives produced around 60 pounds of honey per year a decade ago. Today, he is lucky to get 20 pounds of honey from one hive, and he knows the main reasons why—disease (often caused by varroa mites), pesticides, and lack of good forage. In terms of forage, honeybees require protein and carbs just like human beings, but with many developments, as in Boulder County, taking up former open spaces, bees are without their go-to food supplies. Clearly, this is much for everyone, not just Brod and other beekeepers, to worry about.

Bees have proven to be essential to agriculture as it’s developed and advanced. Without their pollinating capabilities, farmers would be forced to manually pollinate plants by hand—a process that would cost a lot of time and money, thereby raising prices for the foods we all require for living. The U.S. Department of Agriculture has claimed that without pollinators, we would lose one third of the food we consume—a fact Brod knows well and hopes to communicate to others.

What People Can Do

“If you live in an apartment or have a small yard, get as many flowering, high nectar, high pollinating plants as you can,” Brod said. “The big question you have to ask: ‘I know bees are in danger…I know I can be part of the solution, so what’s my best entry point for doing it?’ Because there are entry points for all of us.” Some of Brod’s suggestions for helpful, bee-friendly forage include bee balm, cornflower, any kind of sage as well as any type of mint.