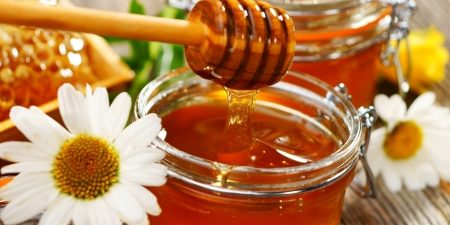 While most honey lovers can satiate their honey cravings indiscriminately, others choose to take it further by cultivating their taste buds. One such individual is Marina Marchese, who lives in Weston, Connecticut and runs a local honey business. Her goal is simple—to develop America’s palate for tasting and distinguishing honey. After learning her trade in Italy roughly three years back, Marchese, a veteran beekeeper, began winning the American public over. While consumption of various kinds of honey, such as alfalfa, bamboo, blueberry, goldenrod, linden, and, of course, Manuka honey, is more of a tradition throughout Europe, the U.S., per Marchese, largely focuses on clover honey, which is more likely to be seen in grocery stores.

Within the last few weeks, Marchese opened her honey company’s doors to the public for a sampling, with the open windows letting in several bees from the hives outside. A total of eight cups containing various honeys were set out on a sizable table for tasting, with the differing hues of brown likely being the only detail that initially distinguished the honeys for the people attending. “If you travel around the world, around the United States, there are hundreds of different kinds of honey. There are 300 flowers, more or less, but really only 30 or 50 single-origin honeys, which is mostly that of one flower. It’s really quite amazing,” Marchese said.

In the past, Marchese has provided tastings, written articles, and conducted classes for those who wish to develop their honey palate. At tastings specifically, she helps novice tasters identify various characteristics, such as a cranberry honey’s fruitiness or a buckwheat honey’s maltiness. In addition to tastings, articles, and classes, Marchese also co-wrote a book in 2013 called “The Honey Connoisseur,” which encourages individuals to better appreciate how to choose, test, and pair their honey. Per Marchese, “The book was really a guide to…matching the flowers bees visit to make honey to the actual taste, flavor, color, and smell of the honey. It’s very similar to wine in that different grapes growing in different areas give wine a taste and smell that is completely different.”

Hopes for the Future

Heading into the future, Marchese hopes to further educate consumers while also creating new crops of practiced, nuanced tasters. With more refined palates, these tasters may grow into more skilled practitioners of their trade, whether it is baking, brewing, or especially mead brewing. “There is a deep diversity [to honey] that we should embrace and celebrate,” says Marchese.