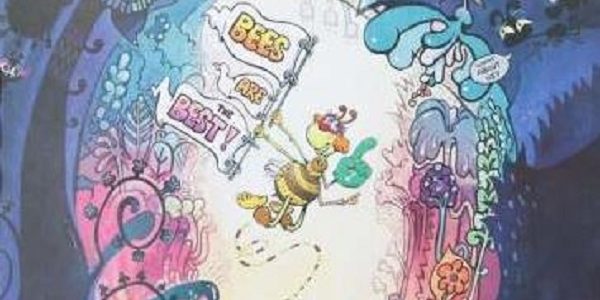 The best way to alleviate the fear of bees is by educating people, preferably as early as possible. We have seen numerous local beekeeping operations hold classes and beekeeping courses are popping up at all levels throughout the country now. Utah State University scientist Joseph Wilson is also taking this task to heart and has released “Bees are the Best” in an effort to educate our younger generation on the importance of this pollinator.

The bulk of a child’s learning happens before he or she is14 years old, with their first five years presenting an almost surreal learning curve. Think about it… from infant to the age of five, children learn how to crawl, walk, eat, go to the bathroom properly, talk, be coordinated, ride a bike, they become directionally oriented, and even print. These formative years are the base for the learning they will do over the next 13 to 20 years and beyond.

For that reason, it is important to catch them as early as possible so a small incident does not result in terrorizing the rest of their adult lives. Sadly, much of the information that is out there right now is aimed at older children or adults, who may have already had a negative experience. Many people know about bees, but they don’t really understand them. And that is the purpose of the book by Wilson.

He stated, “Most people have a bee sting story or they know some bees produce honey. Most are familiar with at least honey bees and bumblebees. As an academic, I’ve taught college classes on bees and written scholarly papers, but I’d like to reach more people. If we want to conserve bees, teaching our rising generation may be the best strategy.”

The story itself is about a young bee called “Honey.” Wilson stated, “Along with our young readers, Honey learns about bee diversity and why her life, though wonderful, isn’t necessarily the only way to live. She discovers unexpected benefits of a community with members of varied talents.” He added, “Jonny and I experimented with characters that are fun and inviting, yet still somewhat scientifically accurate.”

Ultimately, Wilson is hoping to simplify the language that is often associated with science to get children more interested. From what we have seen of this book, he has done an exceptional job of doing just that.