Detroit: The Place for Urban Farming and Beekeeping 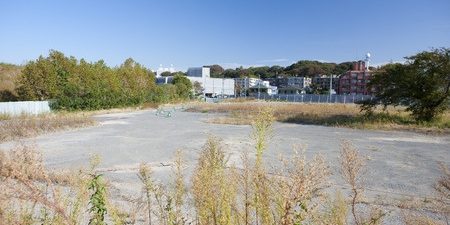 Given its losses in manufacturing, Detroit has seen significantly lower population numbers every year, with many people emigrating from the city and moving on. Even if Detroit is a “shrinking city,” dropping to a population level it can handle, there are a few positive attributes of this phenomenon, and one involves bees. Specifically, backyard beekeeping has seen a resurgence in the City of Champions, with the practice having been part of the city’s urban agriculture ever since before WWII. Local beekeepers have credited much open land within the city, urban farming endeavors, and the nationwide concern regarding the impact of honey bee decline.

According to Rich Wieske, a veteran beekeeper, “Detroit is almost like living in the country. There’s 140 square miles, and a third of it is open, vacant land. What grows in vacant land? ‘Weeds,’ or flowers. It’s a great nectar source. And who sprays? It’s fabulous.” The University of Michigan recently published a study that examined bee numbers in urbanized areas, and the data came to similar conclusions. However, in urbanized areas where honeybees have fewer foraging opportunities within several miles from their hive, the bee population and plant diversity went down. This lines up more with the negative relationship associated with bee populations and industrial farming techniques.

Detroit’s bee populations do not reflect the rate of decline in other parts of the country. The study ultimately concluded that the city’s vacant lots, having weeds not treated with pesticides, promote honeybee diversity just as green pastures in rural areas do. For this study’s authors, Detroit could represent an example of how urban areas can support bee conservation.

No Decline in Detroit

By Wieske’s estimates, there are just as many bee colonies today as there were in the 30s when Detroit had at least 2,000 registered colonies and even more unregistered hives. “There’s been a 180-attitude shift in the public about bees,” Wieske said. “When we started 20 years ago, you’d start talking about bees, people would fold their arms and back up. They see a very strange dude with strange insects, but everybody has an opinion now.”

This rise in popularity has led to many experienced beekeepers like Wieske to get involved with the beekeeping association in their district. Some even start beekeeping classes—Wieske teaches a class to at least 30 people each spring. As well, an urban farming company in the area, Keep Growing Detroit, offers classes. The program pairs veteran beekeepers with novice honeybee enthusiasts and offers 20 training hours. Hopefully, the new blood will continue Detroit’s almost century-old tradition.