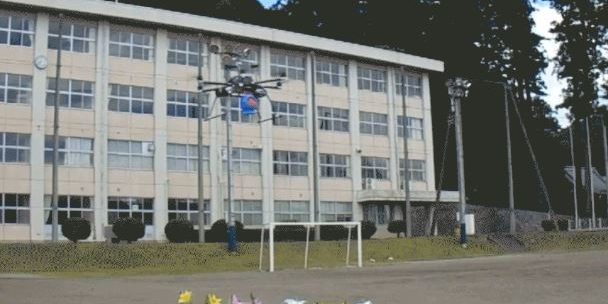 Over the last few years, the death rate of honey bees has created significant alarm in the agricultural world as to what we will do without the honey bees to pollinate our crops. As this concern has grown, alternatives to pollinating are now being looked at. We have seen a variety of mechanisms, including mechanical bees, but now there is a new player on the market… drones.

The Decline of the Honey Bee

Honey bees have numerous threats in recent years that have greatly reduced their numbers. When colony collapse disorder was first mentioned, there were more than a few giggles. That quickly changed, however, when hive numbers were released and with each ensuing year, the death toll rose, as it was very apparent there was a real problem brewing.

Two main causes were discovered initially, pesticides and the Varroa mite. Over the last year or so, new contributors have been found, giving the honey bee an uphill battle. Studies have been done on everything from man-made hives to the types of food honey bees are fed during the winter, all of which seem to be contributing to the overall decline.

Obviously, it would be hard to duplicate all of the functions of the honey bee. However, one of the most important roles of the honey bee, pollinating, may be able to carry on if we one day have a world where the honey bee is extinct. As stated above, we have seen some rather remarkable attempts, but an idea that was considered a failure before has been revamped and giving it another go.

Eijiro Miyako, a materials chemist at the Japan Advanced Institute of Science and Technology, has already tried using a drone to pollinate flowers, but the first attempt ran into several problems. Rather than have the drone directly deliver pollen to the flowers, his new technology now relies on bubbles for the transfer. According to the report, “after 16 days, the resulting fruit was just as good as that of flowers that had been pollinated by hand.”

The new method is also more effective as a delivery system than Miyako’s old system, needing about 30,000 times less pollen to be effective. You did not read that wrong… the old system required about 1,800 mg of pollen, whereas the bubble system only requires .06mg. Henry Williams, a roboticist at the University of Auckland, stated, “Pollen was a substantial cost during the pollination season, and minimizing pollen usage was the primary motivation for the project.”

You can read the full report on ScienceMag.org.