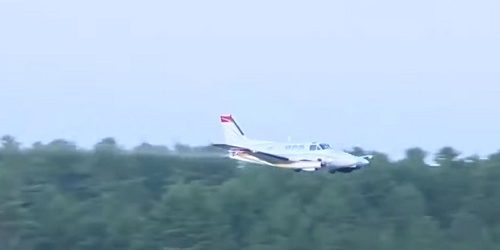 There is a new virus that is creating a bit of an uproar around the country. Eastern Equine Encephalitis, or EEE, is a rare disease, but something we are seeing more and more reported cases. While most cases are being reported in Gulf Coast states and the Northeast corridor, the mosquito-borne virus is starting to creep up around the country, albeit in very small numbers. Even so, because of the dangers of the virus, pesticides are being used to kill mosquitos, but those pesticides can be harmful to the honey bees.

As stated above, it is a mosquito-borne illness reminiscent of the West Nile virus. While it historically is more present in Gulf Coast states and the Northeast Corridor, it is seeping to other parts of the country now, creating a bit of panic. This year, we are on pace for one of the worst years ever for reported cases and fatalities related to the disease.

The disease starts out with symptoms very similar to that of the flu but can escalate rather quickly into a neuroinvasive disease. The virus works its way into the brain, which then triggers the encephalitis. Symptoms of the condition are chills, high fever, headaches, and vomiting. This will eventually lead to possible seizures and disorientation.

Over the last decade, there have been only 72 cases of EEE recorded. However, this year already there have been 28 cases reported, with the large majority of them having been reported in Massachusetts and Michigan. New Jersey and Rhode Island have had three cases each, with Connecticut reporting two, and Tennessee and North Carolina reporting one each. Of those 28 cases, nine people have already died, as the fatality rate on anyone contacting the disease is traditionally very high.

Scott Weaver, an expert on arboviruses, stated, “I guess what’s a little bit concerning is that we’re already at the upper limit of the normal range and it’s still only mid-September. In Massachusetts and other areas of the northeast and mid-Atlantic, we may have another month or even more of active transmission and more cases to come.”

Obviously, we need to protect our population from this horrific and deadly disease, but beekeepers in areas that are being sprayed for EEE are already seeing an impact on their hives. Ethan Mitchell, a local beekeeper in Elkhart County in Indiana, stated, “I depend on the bees for my income.” He added, “I got mixed emotions about it. I understand why they’re doing it, but at the same time, it also hurts not just the bees but the other pollinators in the area.”

The real problem for beekeepers is that spraying is happening so close to the winter season. This is the worst possible time because any massive losses will not be able to be recuperated prior to the winter, where, as we know, hives suffer their worst losses of the season. That being said, it is a reasonable assumption that when next spring rolls around and the new reports are released, this year’s losses may not even compare to the devastation honey bees are going to face this winter.