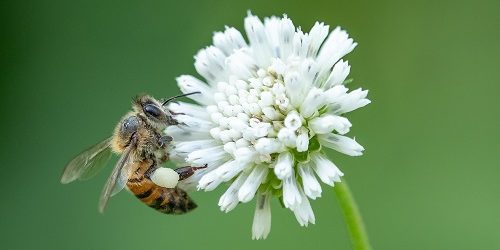 Last month, the EPA was hit with a lawsuit by the Center for Food Safety the Center for Biological Diversity. The suits were filed in the 9th Circuit Court of Appeals against the EPA and Andrew Wheeler. At the time, George Kimbrell, who is the Director of the Center for Food Safety, stated, “Trump’s EPA can’t justify throwing our already imperiled pollinators under the bus. That’s why the agency offered no change for the public or independent researchers to comment. And that’s why we’re suing them.”

Now, the EPA is getting hit with a second lawsuit. This one is being filed by a coalition of beekeepers to fight the same order to allow registrations of pesticides known to be harmful to the honey bee. The Pollinator Stewardship Council, American Beekeeper Foundation, and Jeff Anderson (an independent beekeeper) have hired EarthJustice to represent them in their case.

At the center of the case is the neonicotinoid-related insecticide called sulfoxaflor. Both lawsuits want the insecticide banned on bee-attractive crops. The problem with using these insecticides is that they are sprayed on plants, then absorbed, spreading throughout the entire plant, including the pollen and nectar. Greg Loarie, an EarthJustice attorney, stated, “Honey bees and other pollinators are dying in droves because of insecticides like sulfoxaflor, yet the Trump administration removes restrictions just to please the chemical industry. This is illegal and an affront to our food system, economy, and environment.”

It is important to note that beekeepers are not trying to have the insecticide completely banned, just from bee-attractive plants. This is more important than ever due to the recent losses experienced in beehives around the country and throughout the world. On average, most beekeepers lost about 40 percent of their hive, which is about 30 percent more than normal, but they are the lucky ones. Numerous beekeepers have lost anywhere from 60 to 90 percent of their hives, with some being put out of business completely.

Michele Colopy of the Pollinator Stewardship Council stated, “It is inappropriate for EPA to solely rely on industry studies to justify bringing sulfoxaflor back into our farm fields. Die-offs of tens of thousands of bee colonies continue to occur and sulfoxaflor plays a huge role in this problem. EPA is harming not just the beekeepers, their livelihood, and bees, but the nation’s food system.”

To make matters worse, the EPA had suspended surveys for a quarter. While the agency has since announced it will resume the surveys come October, a full quarter of the yearly honey bee surveys will be missing. As one expert stated, it is like getting a GDP report without the 4th quarter numbers being included.