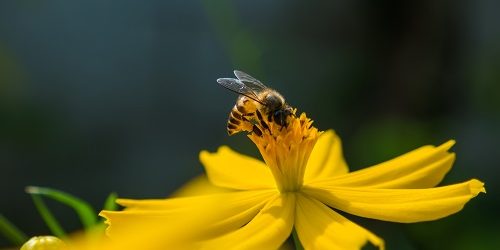 The decline of honey bee populations over this past winter is beginning to get the attention of scientists around the world, and that is not exactly a good thing. The reason so much attention is being paid to the subject is that these experts believe we may truly have a crisis on our hands that will lead to the extinction of the honey bee. If that happens, the agricultural industry will be devastated.

The ABC News report makes it very clear this is about far more than just the honey industry. Honey bees are responsible for pollinating about $20 billion worth of crops every year. Worldwide, that number is increased by more than eight times. Assistant professor of entomology at Auburn University, Geoff Williams, stated, “Honey bees are one of the most important agricultural commodities in the country.” His point is well-taken, but he should have said in the entire world.

While there is always loss during the winter, recent years have proven to be far more difficult. This phenomenon has been dubbed as colony collapse disorder. This may make it sound like there is only one cause at the root of this problem, but that is far from the case. In addition to the normal weather challenges, entire colonies have been wiped out from varroa mites. Recent reports have also pointed to more than usual problems with inexperienced beekeepers contributing to the decline.

The recent trend is creating a very realistic alarm throughout the community. As stated prior, there is typically loss during the winter season, but this past winter has absolutely devastated honey bee populations. Commercial beekeepers reported losses of almost 38 percent, which is about seven points above the prior year and more than 10 points above what had previously been considered the norm. According to the Bee Informed Partnership Survey, this is the worst loss since the survey’s inception in 2006.

Scott McArt, an assistant professor of pollinator health at Cornell University, stated, “The main take-home from this is these are unsustainably high losses.” Another problem pointed to by McArt, though, is that the industry is almost taking the higher losses in stride because this is what they have seen in most recent years. Point being, that while there is clearly national attention on the issue now, perhaps the sense of urgency that needs to be present is not yet there.

The trickledown effect is already showing its ugly head. Prices for honeybee-reliant crops are climbing and will more than likely continue to do so. In recent years, we have seen higher prices on crops such as blueberries and almonds, harvests that are almost completely reliant on the honey bee. Even when farmers are able to get their hands on enough bees to pollinate their crops, they are now paying hefty prices to lease bees that were previously wild or owned outright by the farmers themselves.

Needless to say, the decision announced earlier this week to stop monitoring the honey bee population by the USDA is not sitting well with these experts, as they all believe the loss of data, even if for one full cycle, could compound the problems the agricultural industry is already facing.