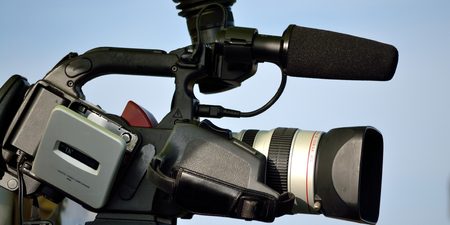 Filmmaker Renan Ozturk traveled into the Nepalese jungle to follow a group of climbers who harvest honey while hanging from cliffs 300 feet off the ground and “being attack by bees.” Ozturk is an expedition climber, landscape artist, and also a described “adventure filmmaker.” A member of the North Face athlete team, Ozturk travels around the globe and films in extreme locations. Ozturk and a group of Nepalese mountain climbers including Maule, one of the supposed “last honey hunters,” gathered together in search for a rumored hallucinogenic honey. Ozturk and his team investigated the group of expert mountain climbers and their yearly journey while risking their lives to find some of the world’s rarest honey.

Not only is the honey rare but so are the bees that produce it. The Himalayan honeybee is the largest of its species, being twice as large as the honeybees found in the United States. Their hives are enormous and are known to be at least five feet in diameter. Most of the Himalayan bees’ nests are located on steep, inaccessible cliffs to avoid predators and for increased exposure to sunlight. These honeybees get their nectar from rhododendron flowers, which is Nepal’s national flower, and its pollen is often collected by the larger Himalayan honeybee.

The nectar from the rhododendron flowers contains a chemical called grayanotoxin, which is very potent and toxic to humans. Grayanotoxin is also referred to as the “mad honey disease.” The chemical has a long history that goes back to ancient times. The honey containing this toxin has been associated with ancient soldiers who used it as a weapon to poison enemies. Chunks of the honey were often left out for Roman enemies to find and make them more vulnerable to attacks.

In larger doses, along with creating a hallucinogenic effect, the Nepalese honey is highly toxic and even fatal. Distribution of the honey is often restricted but is still collected by locals. The honey can make an individual nauseous and cause diarrhea and vomiting for at least 24 hours. Despite its intoxicating effects, some locals believe the honey has cleansing properties as well but only in small doses. Some have suggested the honey is capable of alleviating joint pains. After hunting for the honey itself, some locals use it as an antiseptic for bee stings acquired during the hunt.

At the end of this expedition, Ozturk and his crew got the chance to hang alongside Maule and the other honey hunters 300 feet in the air from bamboo ropes, watching the veteran honey hunters work their magic without fear, smoking the hives and procuring the honey with little to no complaint despite the stings that occasionally came right through bee suits. And it was a well-timed trip because Maule intended to retire after Ozturk’s tour of the mountain. While the Himalayan honey itself is dangerous, the expedition in finding it showcased a rare look at local Nepal.