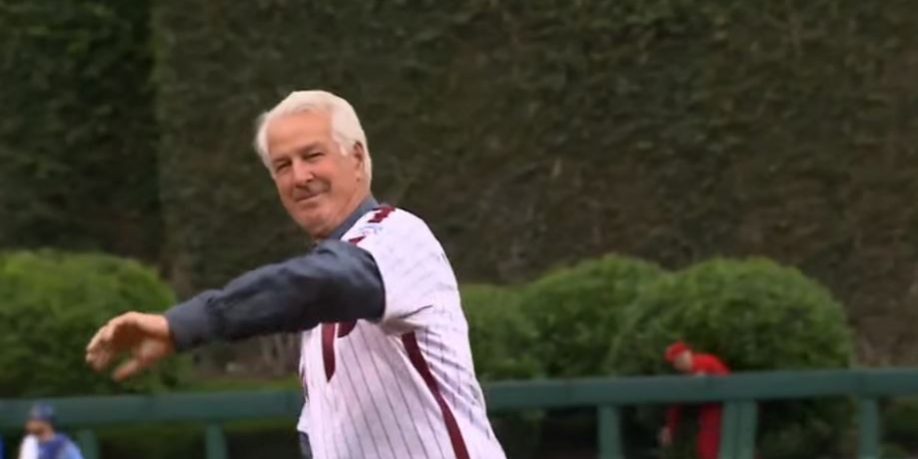 The man that became an instant legend in the eyes of many Red Sox fans in 1967, Jim Lonborg, has quite a secret. For many, many years, he has also been a beekeeper. This is not something Lonborg does for the money. Instead, he does it to keep himself busy, to get a bit of a natural high from doing something fun, as well as being his little way of protecting our planet.

Lonborg started his career with the Red Sox and during this third year with the club, he would have a dream season. He went 22-9 that year, won the Cy Young Award, as well as winning two games in the World Series. Unfortunately, the game he lost was Game 7, which extended “The Curse.” After the 1971 season, Lonborg played for Milwaukee for a season, then spent the rest of his career with the Philadelphia Phillies during much of that team’s big 70s run.

After baseball, Lonborg went back to school, then started a dental practice. He and his wife have also been very active in the community, which is where Lonborg became aware of beekeeping as a hobby. His wife, Rosie, worked as a play therapist at the Dana-Farmer Cancer Institute. A parent of one of the children suggested the hobby and two decades later, Lonborg’s hives are still going strong.

To this day, the former MLB star is marveled at how complex and intelligent honey bees are. He is particularly impressed with how the scout bees tell the rest of the hive where to go when they find a source of food. Lonborg stated, “Then they do a little dance on the honeycomb that shows all the other bees what direction to go. They have phenomenal GPS systems.”

Lonborg also marveled at how the colony can replace a queen that is not producing. He stated, “If the queen is not laying eggs the way the community thinks she should be laying eggs, they will start to make bigger cells [to raise other queen bees], unbeknownst to her. The initial community will push the old queen out and the new queen will arise and begin her reign.”

Lonborg is very educated on how to equip his hives to ensure they survive through the winter, something that is plaguing other hives throughout the country and the world. Rather than take all the honey, Lonborg only harvests about half the honey so the bees have the rest to use throughout the colder months. For Lonborg, this is truly a labor of love. He summed up his beekeeping duties, stating that he does it “because it’s one of the most fascinating things that I’ve ever encountered in my life with regard to an orderly society that presents a great product and is a life-saver for our planet.”