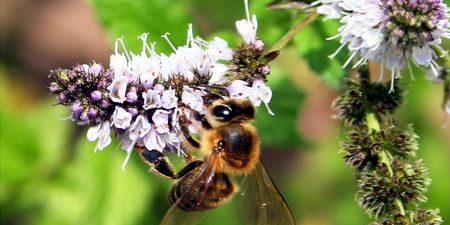 In 1958, an assembly of African killer honeybees escaped from a Brazilian breeding program and made their way to the island of Puerto Rico in 1994, likely by ship. These notably aggressive bees ousted a majority of the docile European species that already lived there, but the population eventually evened out, producing colonies of gentle but hardy honeybees, known collectively as gentle killer honeybees. This population in Puerto Rico is the only colony of such bees in the world due to the particular strain they’ve grown into from European and African strains.

Now, a recently published study for Nature Communications showed how these mixed-trait honeybees came to be, noting their findings just might provide hope for the beekeeping community around the world, which has seen its honeybee populations declining for years now. After studying the genomes of gentle killer bees, this international team of scientists discovered these “Africanized” bees resulted from rapid evolution. In the 23 years since African honeybees arrived in Puerto Rico, another population developed—one retaining African bees’ genetic traits but sharing European bees’ DNA. These bees are suspected to have resulted from “positive selection.”

Most likely, upon the African honeybees’ arrival, the people living on the heavily populated island culled the more aggressive bees within the population, with those that survived being more docile. Those gentler African bees bred with European bees, forming new, genetically different colonies. To ultimately discover this outcome, the team sequenced and compared genomes of 30 “docile” European honeybees, 30 “killer” Africanized honeybees, and 30 gentle killer Puerto Rican honeybees. They discovered the gentle killer honeybees resembled the Africanized ones more, but there were sections of their genome that resembled the European bees’ genome. According to Dr. Gene Robinson, “Evolution involves changes in the frequency of gene variants across a population, and that’s what we’re seeing in Puerto Rico.”

Robinson continued, “Now, we know that these gentle Africanized bees can be genetically distinguished from both other Africanized honeybees and from European honeybees.” Identified first in 2012, these gentle killer honeybees could play a crucial part in the current bee crisis, given they’re genetically dissimilar from other populations. Also, they’re less vulnerable to the pathogens and parasites that have furthered the decline of European honeybees, and they can continue pollinating agriculture operations if European populations keep declining.

Generally, populations lacking genetic diversity, such as European bees, are more susceptible as a whole to specific pathogens and parasites. However, Africanized bees have maintained their populations due to a shared gene that causes them to be greatly resistant to such threats, specifically varroa mites. Although pesticides are suspected of being a major factor in worldwide honey bee decline, the varroa mite could be another major factor. Because Africanized Puerto Rican honeybees are genetically distinct than European species but are still gentle, they may serve as an alternative for pollinating crops. “Genetically diverse gentle honeybees could help secure agricultural production by providing pollinators more resistant to threats such as parasites and diseases,” writes Robinson’s team.