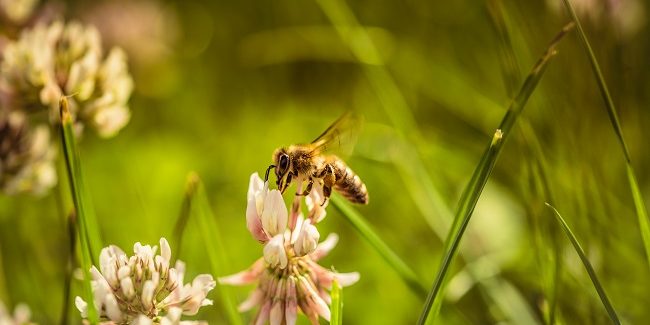 While we previously reported Maine’s honey bee report, it was recently updated with more very good news. Maine is among the states that we were particularly worried about due to weather considerations. As we have stated before, when the pandemic hit, managed honey bees were generally still relying heavily on beekeepers to provide nourishment. However, just as has happened in most other states, the bees did quite well fending for themselves.

Over the last several years, Maine’s beekeepers have seen some rather alarming losses. As a whole, beekeepers in the state were averaging a 45 percent loss, which is among the higher averages we have seen. Between colony collapse disorder, the Varroa mite, pesticides, and the weather, beekeepers were getting clobbered.

This year, however, was a much different and a much better outcome. Be it milder weather, less pollution, fewer people, or a variety of other conditions brought about due to the pandemic, Maine’s honey bee population came out of this winter in pretty good shape.

Peter Cowin, locally known as The Bee Whisperer, stated, “As a state, we’ve done very well, 35% losses is the best we’ve done in some time. Previous three to four years will be more like 45% losses.” He added, “Once the weather improved, we’ve had a very good flow of nectar and lots of pollen, so the bees have been able to grow very well.”

It also seems as though Maine Beekeepers are being very aggressive going after Varroa mites in their hives. Judith Stanton, the vice president of Maine State Beekeepers Association, stated, “There is no way you can absolutely obliterate every single mite, there is various ways you can deal with them.” She added, “It’s really hard to get rid of them 100%. If you can keep below the threshold you bees usually can overcome the mite’s influence on the bees and you can keep your give healthy.”

This is beyond great news because we were truly worried about local honey bee populations, but the honey bees have proven to be resilient and in most cases, the pandemic has apparently helped them thrive. I have been amazed at how local communities across the country are now embracing the plight of the honey bee and realizing now that due to the pandemic, there are little things we can all do to ensure bees do not become extinct, like letting our grass grow a little longer and allowing plants like clover and dandelions grow so the bees have more food options. The little things do make a difference, and they are all now adding up for a really incredible year for the honey bee.