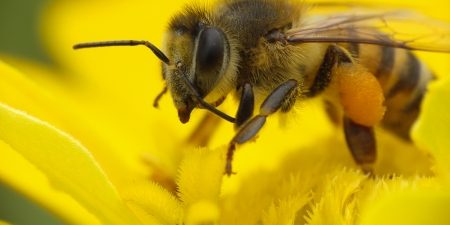 A major fear for both farmers and beekeepers alike right now is that circumstances being what they are, we are going to a massive shortage of honey bees on all fronts. That fear is now quickly becoming a reality. New reports are surfacing that beekeepers and farmers are now finding the supply chain of bees is drying up on them.

As spring arrives, northern beekeepers are looking to replenish their hives from the bees that have died off over the winter. It a typical year, a beekeeper could lose anywhere from 10 to more than 30 percent of honey bees. In recent years, that number has escalated, averaging about 40 percent with some areas seeing anywhere from 60 to 90 percent, literally killing off businesses along with the honey bees.

In an ideal year, honey bee farmers would be buying new honey bees from suppliers and farmers would be renting hives from beekeepers to pollinate their fields. Today, short supply is only one challenge, as farmers and beekeepers alike are now struggling with travel restrictions that are making it even more difficult to resupply their hives.

Canada has been hit particularly hard, as it often relies on honey bees to be flown in from different parts of the United States. Today, most flights have been canceled, which has made it virtually impossible to get bees into Canada. Kona Queen Hawaii president Kelly O’Day is one such supplier for Canada (out of Hawaii), but O’Day has not been able to meet the demand. O’Day stated, “We’re at the mercy of the airlines who are canceling flights daily. So even if we get booked on a flight, our confidence is dropping of those flights actually happening.”

The reason this is a problem for the honey bee industry is that even though trade has not been restricted, queen bees are another matter entirely. The temperature of a queen bee must be regulated, therefore, the bees are generally flown commercially to ensure they are not killed or sterilized during the trip.

Canadian bee farmers are now at risk of losing their remaining bees very soon. O’Day stated, “If they don’t have the queen, not only can they not get their numbers back, but those hives that do survive will swarm and they will lose those. If these queens do not get to Canada this year … they’re going to probably lose half to three-quarters of their population and it’ll take three to five years to rebuild.”

This is going to be devastating to farmers in Canada that grow crops like blueberries that rely on honey bees for pollination. Not only will it impact these farmers, but that impact will trickle down to the consumer because Canada will be forced to import more of these crops, significantly raising prices on consumers.