Honey Bees Had a Better Fall Than Spring 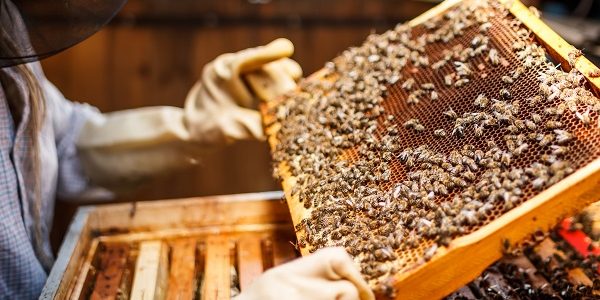 This winter, honey bees around the country did surprisingly well. As we have stated before, with the pandemic, most people thought managed honey bee hives would take a massive hit, but that did not really happen. When beekeepers went back to their hives, they found that the bees, who normally rely on their beekeepers for nutrition during this period, did perfectly fine on their own. Instead, it now seems as though losses during the spring and summer are going to be far worse than the winter.

With the pandemic, honey bees found that they had the world all to themselves. There were more wildflowers, grass, and far less pollution than they are used to. In some areas, insecticides were also being used less, all of which played into honey bees having plenty of food sources and thriving during a time when they are usually dying off. Katie Buckley, pollinator health coordinator at Washington State Department of Agriculture, stated, “A lot of bees normally die in the winter. It’s cold. They’re stuck in their house. That’s when a lot of winter diseases can happen. Varroa mites can cause problems in the winter if they haven’t been treated properly in the fall. If it’s too cold, bees can freeze, and if it’s too hot, they’re active and eat through their honey. Maybe we just hit a perfect winter.”

That good news was short-lived, though, as reports are starting to come in for spring and summer numbers and they are not nearly as good as we would have hoped. While the numbers were not extraordinarily high, they just show that this problem is not going away anytime soon when we conduct business as usual.

These reports are still coming in, so this could change as more and more states start to report numbers. If, however, these numbers hold, it would seem to hint that people may be the biggest challenge honey bees are facing. All things being equal, people going back to work and businesses reopening was the big change, especially in the summer, so that would seem to be a cause as to why the numbers fell off after a robust winter for honey bees.

The good news, however, is that it seems as though most beekeepers headed into the pollination season with far more bees then they ever have before. This should result in better crop yields and, of course, more honey!