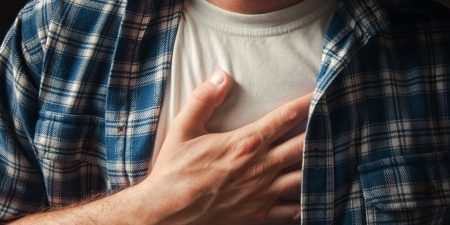 Much research has been dedicated to the positive effects honey can supposedly have on our overall health – and with that research comes some interesting discoveries to be pondered over. Recently, a study revealed there is a natural sugar in honey with the potential to lessen the risk of a heart attack. According to this study by the Washington University School of Medicine, the sugar, trehalose, is said to activate a protein which leads to immune cells removing fatty plaque out of arteries.

When plaque accumulates inside arteries, this produces a condition called atherosclerosis, leading to arteries hardening and becoming less elastic. This leaves individuals at risk for hypertension, heart disease, or possibly a heart attack. So, anything that might decrease the accumulation of plaque within the arteries is well worth considering. The study also suggested that trehalose, which can be found in prawns, lobsters, and mushrooms as well, reduced the amount of plaque by about 30 percent in mice.

In terms of how the study played out, Washington University scientists took mice who were susceptible to atherosclerosis and injected them with either trehalose or another kind of sugar. As well, some of the mice received trehalose by the mouth. According to the study’s published results in the journal Nature Communications, key findings showed the mice who were given trehalose had plaque pockets that measured 0.25mm wide.

On the other side of that equation, the mice not injected trehalose had plaque pockets measuring 0.35mm across—the average measurement before any sugars were injected. This provides a roughly 30 percent decline in plaque, as stated previously. Additionally, plaque size within the arteries of mice who orally received trehalose or were injected with another sugar wasn’t reduced.

The natural sugar trehalose is believed to stimulate the protein TFEB, which causes the immune cells, macrophages, to remove any plaque. As per the study’s leading author, Dr. Babak Razani, “In atherosclerosis, macrophages try to fix damage to the artery by cleaning up the area, but they get overwhelmed by the inflammatory nature of the plaques.” Razani even compared the macrophages to a housekeeping crew that gets disrupted. In his own words, “Trehalose is not just enhancing the housekeeping machinery that’s already there. It’s triggering the cell to make new machinery.”

While these results are a strong start for creating further heart attack prevention, there is still a long way to go. Replications of this study are necessary in order to verify the results and give them more solid ground as well as more variety in animal subjects before any type of human subjects should be involved. We will just have to see where the research takes us.