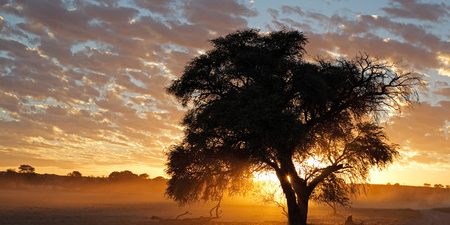 Just as the honey industry has helped other economies grow significantly, South Africa’s honey industry is expected the grow in the next year, per industry experts. In the event that a new business model and structural approach is enacted, South Africa could see its honey industry grow to well over 20 billion rand, or 1.4 billion dollars, per year—boosting its economy considerably. According to Rishad Ahmed, who is a project funding specialist with Incentives SA, combining the efforts of industry stakeholders could greatly help grow the industry.

Per the South African Biodiversity Institute, the annual average turnover for the honey industry is specifically 3.2 billion rand (roughly 227,000 U.S. dollars), yielding 2,000 metric tons annually. It’s Ahmed’s belief that these numbers can increase drastically, given the right investments and business model. “Various stakeholders need to be involved to ensure projects such as this one take off. Projects need to be packaged, and project managers need to engage with the stakeholders and those in industry to join the dots in the honey productions industry,” says Ahmed. At the same time, Ahmed also said there are many factors to consider that affect the industry on a local level.

Unlike the U.S., which has seen an increase of largely hobbyist beekeepers, South Africa has been seeing an equally large decline in beekeepers since 1980, according to Dominique Marchand of the SA Honeybee Foundation. “South Africa has never had any formal training schools, unlike the majority of countries with strong commercial farming output. Even Tanzania, Kenya, and Ethiopia have them,” says Marchand. “There has been a shortage of beekeepers—down from 25,000 in 1980 to less than 2,000 in 2017.”

One issue beekeepers have been facing in South Africa, which may be contributing to the decline of trained beekeepers in the country, is that a lot of retailers haven’t been retailing their honey from any local suppliers. According to Ahmed, “Much of the honey we buy from local retailers is supplied by international companies. Local retailers need to partner with local bee farms to ensure aid in the growth of the honey production industry.” There has also been the issue of bee swarms being exterminated rather than being taken by local beekeepers, which Ahmed called “barbaric,” saying, “The more hives we keep, the more we can collect honey and be able to process honey and supply a larger amount.”

The answer to the industry’s growth is seeking investments from the private sector, the government, and from abroad, per Ahmed. In the coming weeks, the Norwegian-African Business Association, which hopes to be a bridge for African and Norwegian business communities, is hosting its yearly conference, which Ahmed plans to be present for. “It is opportunities like these that South Africa, and projects like growing the bee population for a higher yield in the production of honey, can benefit from.”