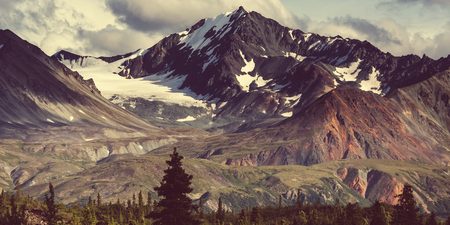 As part of a yearlong tour throughout the United States, Hope Pettibon, this year’s American “Honey Princess,” came through Alaska in the past few weeks, making it the 22nd state she’s visited out of the 25 planned this year. Visiting a few schools as well as a Lions Club, Pettibon has worked to educate both adults and children alike about honey bees and their crucial role in society, from hive activity, pollination, how bees make honey, and some less common uses for honey. “The beekeeping industry touches the lives of every individual in our country. In fact, honey bees are responsible for nearly one-third of our diet…for a large majority of fruits, vegetables, nuts, and legumes,” Pettibon said.

She believes sharing her experiences and knowledge with kids is vital for protecting all bee populations, both wild and domestic. Since many beekeepers today are 50 or older, fewer people of younger generations are active in the lifestyle. “I travel all over and help them get their feet wet…That’s how I started—I heard it from another beekeeper,” Pettibon said. Beekeeping since she was about seven. Pettibon is now 20 years old and unafraid of rolling her sleeves up and getting down in the dirt—something she feels has been lost a bit with kids today. “It’s hard work, but for me it’s worthwhile,” she said.

Pettibon, as a “Honey Princess,” is working with the American Beekeeping Federation (ABF), an organization representing U.S. honey producers and beekeepers, and her efforts are paralleled by those of the Honey Queen. “We do a lot of legislative work, trying to pass laws of different things that are going on. So, you have to keep up-to-date with what’s going on around the world,” Pettibon said. Both figures travel around 340 days during the year, discussing the importance of honeybees and typically dividing the U.S. in half to visit as many states as possible.

To become either the Honey Queen or Princess, roughly 11 young women compete every year for the titles. Every contestant must have been their state’s queen in order to compete in the knowledge-based competition as well as having a one year minimum of beekeeping experience. Pettibon stated the competition happened in the span of one week during a national conference where the contestants were watched closely by covert judges who later interviewed them. Contestants can try out just once whether they win or not, so Pettibon was fairly overjoyed when she made it.

“People ask us, ‘why are the bees dying off?’ We have to know that information,” she said. “We’ve always had bees dying off—the world just didn’t know about it until 2006 when colony collapse [disorder] started.” According to Pettibon, CCD isn’t the bees’ greatest problem anymore—that title now belongs to varroa mites and lack of habitat. “We need more people to plant flowers in more blues and purples because they see in ultraviolet light…For the mite, we worked really close with researchers and scientists to try and figure out why the mites became immune to the treatment. They figured out a new treatment that kills the mite but is not harmful to the honeybee,” Pettibon said.

Though she enjoyed her visit to the Last Frontier, it was soon time for Pettibon to move on to the rest of her half of the United States, hoping to promote the honeybee and all it has to offer. “They’re people out there who want to do it. They just were never given the opportunity to learn how,” she concluded.