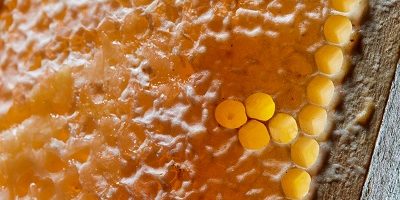 We have seen reports of declining honey production throughout the United States, but one state, in particular, seems to be getting hit extremely hard. The numbers for 2018 were just released for Wisconsin and it is not good. According to the National Agriculture Statistics Service, honey production in Wisconsin was down 23 percent from the previous year.

To the average person, 2.3 million pounds sounds like an awful lot of honey, and it is. However, it is not the three million plus the state produced in 2017. In addition to the problems the rest of honey producers are dealing with, Wisconsin also had some rough weather last year, limiting the production of honey.

At the heart of the problem were the late-season snowstorms that plagued the area. Many parts of the state were still getting snowfall in April, which set everything back considerably. One local honey purveyor started, “All of the plants were set back. And then when we did get weather, we either got too warm of weather and not enough rain or too cool of weather and too much rain.”

The cold has its obvious challenges, but the rain can also be problematic when there is too much of it. When it rains, the nectar is washed off the flowers, often taking days for it to build up again. When there is no nectar, there is nothing for the bees to feed on. The weather, however, is not the only problem Wisconsin honey farmers are facing these days.

Kent Pegorsch, who owns Dancing Bear Honey, stated, “These fence rows in years past were important areas for honeybees and pollinators to gain nectar and pollen, their food sources, throughout the year. Now, we’re seeing the honey season more compressed into a very short period in the summer when the crops that are there for the honeybees are available for them to collect food from. But in the spring and fall, there’s just not enough food sources for the bees.”

As is happening throughout the world, local beekeepers also must spend a lot more time managing their hives. Because of the decline in the honeybee population in recent years, this is becoming far more time consuming than it ever has been for beekeepers.

This is not just bad news for lovers of the local product, but it will also impact the soft drink industry and local brewers. The honey from this area is generally in high demand for specialty brews and soft drinks, only this year there will be almost a million fewer pounds of the sweet stuff to make these beverages. This will more than likely mean a price hike to local consumers. It is just one of the many ripple effects a decline in honey production and a decline in honeybees can have on an economy.

Did you know some of the best tasting honey in the world comes from New Zealand? Manuka honey is far thicker and richer tasting than anything you have likely tried before, especially the Manuka Honey UMF 16+. If you like caramel, you are going to LOVE this! To learn more about the honey products from Manuka Honey USA or to place an order, please click here. And, remember, we offer FREE shipping on all orders of $150 or more.