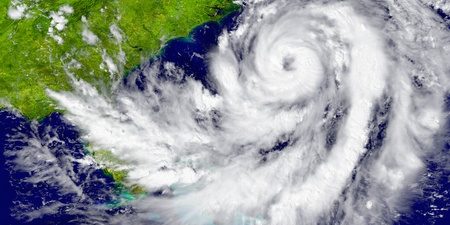 After the devastation wrought by Hurricane Irma in the Caribbean and the mainland United States, with Florida in particular, many people likely never suspected they would have to deal with the problem of honeybees moving into their home after evacuating and later returning. However, despite how seemingly unusual it is, both exterminators and bee removal experts in Florida have been seeing an uptick in business now that the hurricane has passed and honeybee swarms have been begun establishing new colonies in the most inconvenient of places. One such person with this issue was lifelong Florida resident Allison Villanueva.

The hurricane forced Villanueva and her husband to evacuate and wait it out with friends for several days. After their power came back on, Villanueva came home to assess the damage and couldn’t believe the sight she found in between her storm shutters and the window of her bathroom. As the young woman described it, “There were a few bees and then we came back over to the house to check on some stuff and get the bees, and we had a whole bunch of bees,” she said, jokingly adding, “I think I was glad that there was glass there. It was a little alarming.”

The small swarm had quickly grown into a hive of thousands of bees—with a perfect view of it inside the window. “I lived in Florida my whole life and never after any storms, through Charley and the storms of 2004, and never had bees. I never even knew this to be something that was an issue,” says Villanueva. It was at this point the Villanuevas chose to call a bee removal expert, specifically a Mr. Marcelo Lang, who owns Affordable Bee and Critter Solutions.

“A lot of colonies—they make their hives inside old trees and those trees actually fell down in the storm. They displaced those colonies,” Lang said. Making matters worse is the fact it is currently swarm season, meaning honeybee hives were already splitting off and making new ones in sometimes strange places. Per Lang, if honeybees want someone’s home to host their hive, it is very difficult to keep the bees out. “The only thing you can do is seal the whole house. The bees just need a hole about that big to run 50,000 bees inside the wall,” Lang said, making a penny-size hole with his finger.

Removal experts like Lang often recommend people call them immediately after they notice any size bee swarm around their house. The longer people wait, the greater the colony grows, the angrier the bees become if disturbed, and the more it’ll cost to remove. While it’s not illegal to kill honey bees in Florida, various bee species are endangered or at least declining, and some exterminators can humanely remove them and then give them to a beekeeper to help them repopulate.