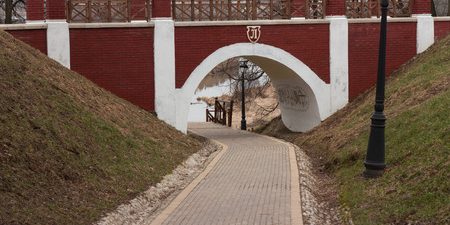 When a hive becomes too large to survive as it is, half the hive splits off with a new queen and becomes a swarm, which searches out new locations to call home. When this happens, the very large swarm of bees can end up in the strangest of places – sheds, tree branches, bike tubes, attics, and even in well populated areas with large numbers of people regularly coming through throughout the day. In Bremerton, Washington, a situation like this happened with a swarm, but this time the new hive was located under a bridge, specifically Warren Avenue Bridge, where they soon began acting like the troll from the fairy tale “Three Billy Goats Gruff” – only these bees didn’t stop to start a conversation.

During this past summer, Jonathan Remington was riding bikes with Torie, his daughter, and they eventually began crossing the aforementioned bridge when several bees flew by Jonathan’s ear. Little did they know there were about 60,000 more right below their bicycle tires. When Torie tried shooing away what she believed to be a fly, one got caught in her palm, per Jonathan, which was when she got stung. The pair descended some nearby stairs down to Lebo Boulevard in order to examine Torie’s sting mark when they came upon the huge swarm – now a fully functioning hive – beneath the bridge’s walkway and over a parking lot for the local community theater.

While Torie’s sting healed up several days later, the father and daughter have avoided the bridge ever since, with Jonathan stating Torie will only go back when the hive is gone. Fortunately, these bees, unlike a certain fairy tale troll, didn’t have to get tossed into a river to be gone from the bridge. The likely Italian honey bees were noticed by public workers, who have spent considerable time around this bridge for a reconstruction project for the nearby Lebo Boulevard. Since the spot made more bee “attacks” likely – and it’s not ideal for winter – Lebo project manager Rick Zimburean said, “Without any shelter, they’ll all die…we need to do everything we can to help them.”

For both the queen and her hive to make it through winter, the hive’s temperature must hover around 96 degrees, which the worker bees do by creating a ball surrounding the queen while flapping their wings constantly to generate heat, says West Sound Beekeepers Association’s Brenda Smith. Per Smith, the hive would have remained a risk to people if it were still under the bridge. “They’re getting ready to hunker down for the winter,” Smith said. “They’re going to get aggressive.”

Using a scissor lift, local beekeeper Kirsten Johnston successfully removed the hive from the bridge and brought them to her Illahee home. Johnston also expressed shock regarding where the honeybees had selected to set down their roots. “This is highly unusual,” Johnston said. “I’ve never seen anything like this.”