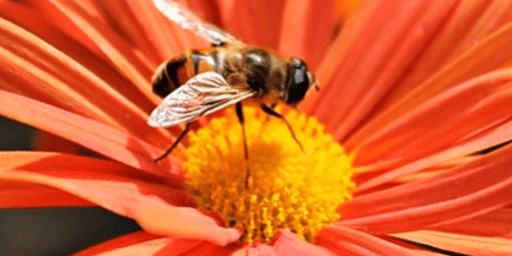 The behavior of every living creature is regulated by circadian clocks, even small insects like honeybees, and scientists with Germany’s University of Würzburg are looking closely at the molecular processes and anatomical structures of the honeybee’s circadian clock.

The questions they have regarding these insects are boundless—how do honeybees know the right times to visit blooming plants? How do they get back to their hive even after the sun, their point of reference, has moved? How do bees communicate information with other bees? What are the molecular processes that control this behavior, and where do these processes happen?

Charlotte Helfrich-Förster, a University of Würzburg professor, is an authority in the field of chronobiology, which examines circadian clocks within living organisms, and she focuses specifically on insects’ circadian clocks. Recently, she as well as her researching team have discovered new information regarding these processes within honeybees, publishing their findings with Open Biology.

Helfrich-Förster explains, “In our current study, we focused on the concentration of a specific peptide in the bee’s central nervous system.” This peptide—the pigment-dispersing factor (PDF)—is known for playing a key role in insects’ circadian clocks, with previous measurements revealing that unique nerve cells (clock neurons) generate PDF.

Along with researchers from universities in Jerusalem and Regensburg, Helfrich-Förster was able to more closely scrutinize these unique nerve cells. The goal was to analyze the circadian clock’s anatomical structures and neuronal processes in detail. To do this, the team used high-quality images of a honeybee’s central nervous system as well as consistent measurements of localized PDF concentrations throughout tested days and subsequent analyses. As well, Helfrich-Förster’s team gave the bees synthetic PDF peptides and observed the consequences.

Helfrich-Förster summed up her team’s findings by saying, “Our analyses show that PDF neurons head for brain areas that are essential for learning, memory, and orientation to the sun. The concentration of the PDF proteins is subject to considerable fluctuations throughout the day with an absolute low early in the morning. When the bees were given synthetic PDF, their typical behavioral pattern was postponed by some time.”

According to the scientists involved in this process, these findings act as a sign that PDF clock neurons make up the anatomical link between various pacemaker cells within honeybees’ clock networks. As well, the neurons transfer day-to-night data from the bee’s circadian clock over to brain areas that regulate complex behaviors, such as temporal memory, orientation toward the sun, and organizing work throughout any given day.