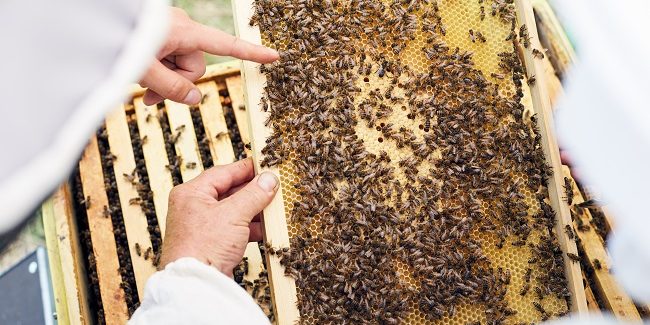 As honey bee surveys have been pouring in across the country, the overall average loss for colonies has gone down considerably compared to recent years. Over the last decade or so, that winter loss has been hovering around 30 percent, but 2018 was particularly harsh. It was not uncommon to see reports off losses of 40 percent or higher.

This year, the pandemic was expected to take a major toll on colonies but we have been seeing the complete opposite. Virtually every report we have seen has shown a lower loss this year compared to years past. Indiana, however, has seen a slight upward trend. But not all the news was bad for the state of Indiana.

Last year, Indiana had the second-lowest losses reported, but this year the trend went up when most other states were going down. However, Indiana has had more beekeepers get into the game, which could help the honey bee population moving forward, as long as they are properly educated and manage their hives the right way, which may not be the case right now.

President of the Indiana Queen Breeders Association Dave Shenefield actually pointed to the new beekeepers as part of the problem right now. He stated that some of the new beekeepers were not initially paying enough attention to the Varroa mite problem that is contributing to bee colony collapse. This contributed to a significant loss of honey bees over the past summer, a problem they are hoping to avoid this year.

We have stated before how important is it for new beekeepers to be educated on everything from the caretaking of the bees to the construction of their hives and how they are managed. While the hobby is not an expensive one, it is not exactly cheap, either. The initial investment for a new hive, gear, and equipment can run anywhere from $500 to $1,000, so it behooves these new beekeepers to know what they are doing before they get started in the hobby or profession.