India’s Honey Bees Are Being Killed… by Air Pollution 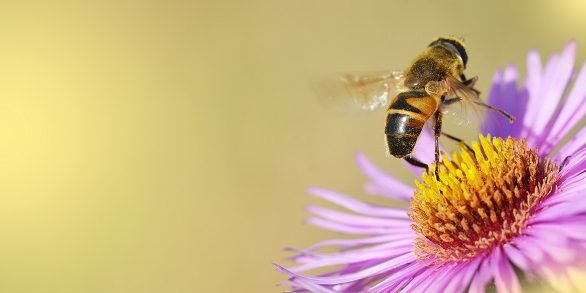 There are a lot of reasons the world’s honey bee population is struggling today. This pandemic has provided a wealth of information on that front, hinting at the results from a recent study in India. While countries have been on lockdown, honey bee populations have seemingly flourished, with many areas reporting the best winters they have ever had. One of the believed reasons for this is that with everyone locked in their homes, air pollution has decreased significantly, providing honey bees with a pollution-free world to roam.

The new study in India has taken place over the last three years, looking at this very contributor. What researchers found was far more devastating than most believed, or perhaps refused to believe. Olli Loukola, a behavioral ecologist at the University of Oulu, stated, “This is an important study … I think we have to be more worried.” Loukola was not involved in the study herself.

The study found that even “mildly dirt” air could kill about 80 percent of the local honey bee population, so I would say that we should be more than a little worried. For the study, researchers examined honey bees, more than 1,800 of them, both inside and out, to see how the air pollution was impacting them.

Geetha Thimmegowda, a postdoc in Shannon Olsson’s lab at the institute, one of the researchers on the project, stated that one of the bees they examined “was covered with all sorts of crud and particles.” She further stated that the bee’s body looked like “a warzone.” Of the bees that were collected in some of the more polluted areas, four out of five died within 24 hours of having been collected, not exactly a great survival rate. Bees in these areas were also showing a variety of other problems, such as poor cardiac health and lower levels of blood cells, which means their immune system was probably at risk.

India, like everywhere else in the world, relies heavily on honey bees for pollinating crops. Mangoes are one of the more prominent crops that would be impacted in the country if there were no pollinators, accounting for about $86 million in exports every year. This makes it noticeably clear that policies need to be put into place ASAP to ensure this very controllable contributor to the death of honey bees is addressed.