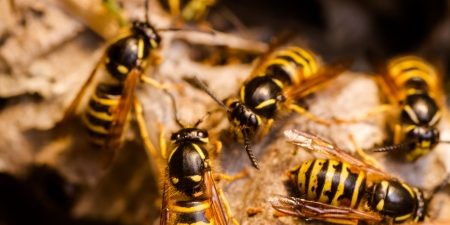 With summer in full swing, the pinnacle time for stings, allergists around the United States have started alerting allergy sufferers of a significant shortage regarding a vital product: hornet, wasp, and honeybee venom extracts, which are used for shots that avert lethal reactions. Extract supplies, which are manufactured with venom collected from insects by the millions, are scarce and have been so since October 2016. Back then, one of the only U.S. manufacturers shut production down due to contamination concerns. Doctors are hoping the issue will soon be fixed, but it’s not likely to happen before 2018. Until then, they are limiting doses to patients who require the extracts most.

“It’s going to be a rough summer,” says Dr. David Golden, who is an expert on allergies and a Johns Hopkins associate professor of medicine. Golden approximated that he has seen a decrease of 25-35 percent in venom extract supplies for preventing maybe hundreds of fatalities in the United States each year. Upwards of 7.4 million U.S. adults, or one to three percent, could have systemic insect sting reactions while a smaller percent could have deadly reactions.

Most vulnerable people have portable epinephrine, usually EpiPens, for quickly counteracting symptoms. However, some use venom immunotherapy (VIT) for dramatically reducing their reaction risk. Having been authorized for almost 40 years, VIT injects tiny venom doses beneath the skin in order to lessen allergen sensitivity and is said to be over 90 percent effective by many allergists. “It’s one of the few things allergists do that actually save lives,” Dr. Stephen Tilles, an allergist and president of the American College of Allergy, Asthma, and Immunology (ACAAI), said.

Back in October 2016, the shortage began when Denmark’s ALK Laboratories shut production down of six venom proteins—wasp, yellow hornet, white-faced hornet, yellow jacket, honey bee, and a venom cocktail called mixed vespid. Jubilant HollisterStier, another venom extract production company, kicked up its manufacturing, but it could not supply enough extract quickly enough to prevent a shortage.

Golden and his colleagues have issued guidelines for regulating venom throughout the shortage, such as spacing doses out for lengthier intervals, curtailing venom waste, cutting down maintenance doses, and ceasing treatment for lower-risk patients. The plan seems to be working so far, according to Dr. Sandra Hong, a Cleveland Clinic allergist. Rather than four weeks, patients get shots every 90 days. After three or five years, most could be weaned off the venom without any effects. Hong said, “With all the things the allergists have done, it has decreased the shortage.”

There have, so far, not been any known instances of patients who could not get shots during adverse events or any indications of skyrocketing prices. Regardless, allergists are working to ensure high-risk patients aren’t harmed until ALK Laboratories can resume production and ease the shortage.