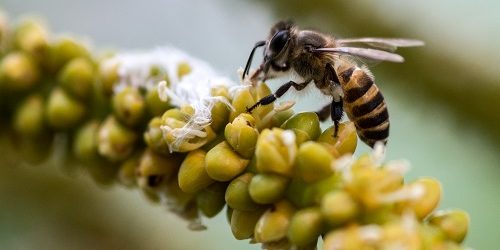 While many scientists and researchers are working diligently to ensure the future of the honey bee, one company is making plans to do without pollinators altogether. Edete Precision Technologies for Agriculture (EPTA), an Israeli startup company, has developed an artificial pollination system that would, in essence, make pollinators obsolete.

A Future Without Honey Bees

By now, everyone knows the future of the honey bee is in jeopardy. There are numerous factors that at some point in the very near future, if they are not addressed, the honey bee and other pollinators will fail to exist. EPTA is looking at that possibility and trying to prepare the agriculture industry for it. The company recently finished out testing trials in Australia with positive results. According to the report, the new method was able to produce “high-quality viable pollen.”

Testing is reportedly going to continue in both Australia and Israel, with the ultimate goal of being able to implement testing in California, where this is a significant almond market. The almost market brings in roughly $7 billion annually and a very large chunk of that comes from California. Almond farmers have been hit very hard by the shortage of honey bees and have spent an estimated $400 million/year on pollination services.

If all goes well with the planned testing, EPTA plans on starting testing in the California market in 2022. If they are successful there and can pollinate on a much larger scale, this could truly change the industry forever. If those tests are successful, the company plans on branching out into other crops, such as cherries, apples, and blueberries.

While it is exciting to know there is a plan if a worse-case scenario hits, it is also rather frightening to think this could cause industry professionals to move away from natural pollination to artificial means. We simply cannot allow the honey bee to die off because if we do, where do we stop? Pollinations services play a significant role in the profitability of beekeeping operations and if they are only to rely on the honey produced, it could devastate the industry.

Edete was founded in 2016, but the company has moved forward very aggressively. The company has raised almost $5 million through private funding and expects to raise money next year via Series A round. This money will more than likely be used to financially back the growth of the company and help it expand into the U.S. almond market.