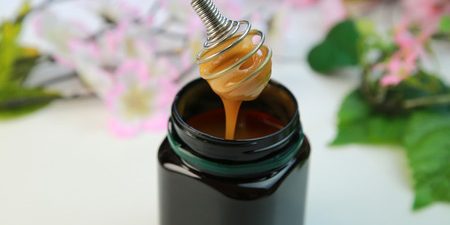 Everyone wants to know what is really going on with Manuka honey. We see various claims countered by government regulations, but the Australian Manuka Honey Association hopes to help clarify things with the help of a grant they have just been awarded.

While United States organizations are a bit skeptical, the Australian government is kicking in some big-time cash to help the Australian Manuka Honey Association to start to get the word out internationally about the benefits of Manuka honey with a massive $165,000 grant.

The association is obviously very excited about the grant and plans on using it to make believers out of non-believers. One Manuka honey distributor owner, as well as being an association member, stated, “The grant will push, promote, and market honey producers in Tasmania and Australia. It will push the Manuka name, which Tasmanians have been doing since 1884.”

She continued, “It’s a term that’s been around in Australia for a long time. Tasmanian products are actively included in the process.”

The first bit of money will be used to create a new website and a visitation tour so industry professionals can start to educate more people about the origins of Manuka honey in Australia. Agriculture Minister David Littleproud stated, “International markets are buzzing over Manuka honey, creating real opportunities for our producers.”

He continued, “This funding will support the spread of Australian Manuka honey to the medical, pharmaceutical, cosmetic, and nutraceutical markets.”

David Bushby, a Tasmanian Liberal Senator, stated, “This grant will allow the industry to evolve as well as promote its traditional honey in a jar. This is a fantastic announcement that will not only have a positive impact on jobs and the local economy, but also our environment.”

It will be very interesting to see how this tour is received in the United States, with so many strict regulations on Manuka honey. We can only hope it will start to open some eyes, or at the very least, have them investigate the reported benefits of raw honey further.

Something else to consider is that if this tour is successful, how the local honeybee population will be impacted. We have reported numerous times about the dangers honeybees face when more bees are imported and when sales take off, beekeepers will no doubt have to import bees. How they interact with native bees could be a challenge for the Manuka honey producers.

Are you ready to see what all the fuss is about? If you would like to try some of our Manuka honey, we can get your order started right way! All you need to do is click here. As an added incentive, we offer frees shipping on all orders over $150!