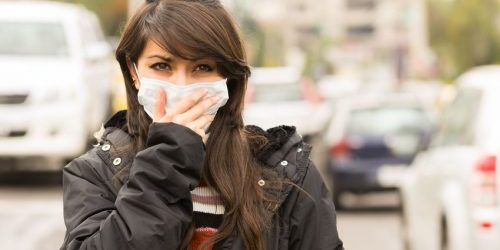 As with most teenagers, Singaporean native Nicolas Travis, 30, had his struggles with acne, but rather than suffer in silence, he chose to take the fight to this issue long after his teen years were behind him. “My experience with acne sparked off my passion for skincare,” Travis said. “I wanted to go back to basics and treat the most fundamental aspect of skin health: a healthy barrier.” Having grown up on the Asian continent, which has several high air pollution areas, Travis sought to defend his skin from pollution, which he believes aggravated his particular case of acne.

It was several years and many products, such as cortisone shots and antibiotics, before Travis got his skin under control, saying, “Pollution is a huge contributor of inflammation, and you can’t really run away from it.” Travis went on to study pharmaceutical and biomedical science at the UK’s University of Bradford, eventually launching a skincare company in 2016 called Allies of Skin. The company, which focuses on using antioxidants for protecting the skin, utilizes ingredients like Manuka honey and Moringa, which he believes strengthens the skin’s structure while also fighting damaging molecules.

Per Dr. Chan Yung, a dermatologist for Hong Kong’s Matilda International Hospital, air pollution can cause the skin to age, skin cancer risks to increase, and inflammatory conditions like eczema, psoriasis, and acne to become worse. As a general rule, Yung recommends fighting these effects via hats and sunscreen, even using umbrellas during the day, but he advises using antioxidants as well to lower oxidative stress due to free radicals. Yung says topical antioxidants are best, as oral vitamin absorption is limited, thereby leaving the available amount for skin reduced much further.

White blood cells create free radicals, which kill viruses or bacteria, says Linwei Tian, who works for the University of Hong Kong as an environmental epidemiologist. When subject to polluted air, free radicals can be created for fighting possible pollution deposits off, but since these white blood cells can’t kill the pollution’s particles, more of the cells flood in, therefore making more free radicals and causing oxidative inflammation and stress.

While some studies suggest that there is a correlation between skin damage and air pollution, Dr. Henry HL Chan, who is an honorary clinical professor with the University of Hong Kong, says it is difficult to find precise statistics regarding the part pollution plays in skin damage.

Interested in using Manuka honey skincare products? To see our line of soaps and oils, click here. And remember, we offer FREE shipping on all orders of $150 or more.