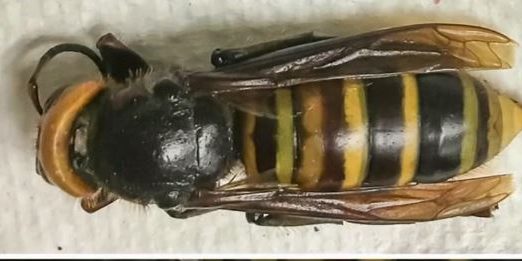 The much-feared invasion of the murder hornet has finally hit our shores, but the good news is entomologists in Washington state now may have a leg up on the hornets being able to breed and spread throughout the country. For the first time, entomologists in Washington state were able to capture a live hornet, which could provide them with a wealth of knowledge to eradicate the insects before they do any real damage here.

Earlier this week, Newsweek published a piece that sent a bit of an alarm throughout the honey bee community in this country. The publication cited experts that believe if left alone, murder hornets could set down roots in the country and begin to expand their presence well beyond Washington. Marc Lame, clinical associate professor at Indiana University’s O’Neill School of Public and Environmental Affairs, stated, “I suspect if they are not stopped in Washington they will spread across the more temperate regions of the United States—basically, any place that approximates where they are already established, and, as they are closely related to our paper wasps, probably where those are established too.”

He added, “If they do establish and do not encounter indigenous natural enemies, they probably will become permanent. Very few invasive insects have ever been successfully eradicated once they have established. Much depends on a successful, coordinated and well-funded government surge at this time. Even then, I am pessimistic.”

Pretty scary stuff, but the good news is the capture of the hornet in Washington could help provide clued to officials that could lead them to the nest. If they can find it and destroy it, it could stop this current batch of murder hornets before they can spread. One official stated, “If we can actually catch them now, at this early point in their development, we can eradicate these organisms so that they do not become established in other states.”

Now, there is both good news and bad news on this front. The good news is that they now know the traps they are setting work. The bad news is that it is already the first week of August and the queens will start to breed by mid-September, so officials are already on the clock in terms of being able to find the nests before breeding starts and this problem becomes significantly more dangerous for our honey bees.