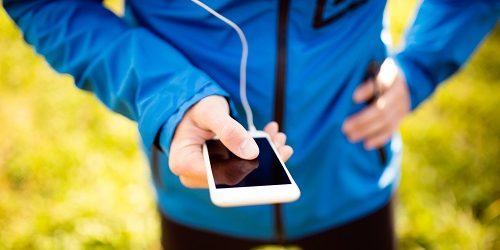 As a way of helping commercial and hobbyist beekeepers track the many environmental stressors honey bees experience, Penn State’s Pollinator Research Center and the Huck Institutes of the Life Sciences, as well as several other collaborators, developed an app called Beescape, which can be used for monitoring environmental factors around hives, farms, and gardens where honey bees are flying around and pollinating.

According to the release by Penn State announcing this new online tool, “Pennsylvania beekeepers lose nearly 50 percent of their honey bee colonies each winter,” and these insects are necessary for pollinating almost 90 percent of the flowering plants in that area. “Pollinators, particularly bees, play a vital role in supporting ecosystems in agricultural, urban, and natural landscapes,” says Christina Grozinger, who is a professor of entomology as well as Penn State’s director for their Pollinator Research Center.

Some key stressors that are decreasing bee population numbers include reduced diversity and abundance of the plants bees need for food, insecticide exposure, and lost nesting habitats for wild bees. By using Beescape.org, beekeepers can choose a location—often where their hives are—and check surrounding regions as far away as five kilometers. This examination then reveals a score for the landscape’s quality and even lets beekeepers inspect local crops inside that radius.

According to Maggie Douglas, who is an assistant professor with Dickinson College, “Beescape allows people to see the world as a bee, which will help them make decisions about where to place their colonies or steps they and their neighbors can take, such as planting pollinator gardens or reducing insecticide use, to make the landscape more friendly for bees.” Beescape.org, per Grozinger, acts as a bit of a go-between, partnering gardeners and beekeepers with researchers as a way of tracking a bee population’s collective health and working toward a better quality of life.

Penn State also stated that wild bees like the bumblebee are threatened or endangered as well. “With data provided by beekeepers from agricultural, rural, and urban landscapes across multiple states, we will be able to develop high-quality predictive models that will be included in the website in the future,” says Melanie Kammerer Allen, who is a graduate ecology student with Penn State.

Allen continued, “This will allow beekeepers to determine if they should provide the bees with supplementary food, for example, or for a grower to decide if they should add pollinator nesting habitats near their crops.” As this point, Illinois, Indiana, and Pennsylvania have been mapped out on Beescape, but there are plans to eventually include more U.S. states.